25 years in the planning! 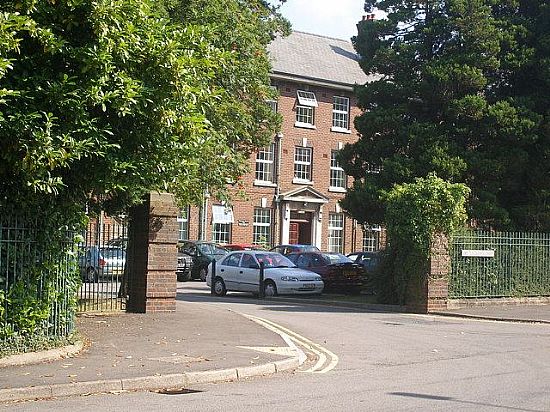 In April 2021 a new mother and baby unit was opened at Tonna Hospital.  It is the only unit of its kind in Wales and offers multidisciplinary mental health care for women.  This is the latest incarnation of the hospital which has seen lots of changes over the past one hundred years.

Thoughts turned to the provision of an Isolation Hospital for Neath as early as August 1912 when a committee was formed to provide such a facility for three council areas, Briton Ferry, Neath and Neath Rural.  It was not a problem that was easily solved.  Originally a site was found in Cimla but the outbreak of war and price rises scuppered those plans. It was also argued that Cimla was not central to the whole area and difficult to reach by public transport.  A hospital was built in the Cimla which opened in March 1914, but that was purely for patients suffering from tuberculosis.

In all twenty sites were discussed and discarded.  It took another fourteen years for the Neath Town Council, working with the Neath Rural District Council and the Welsh Board of Health, to narrow the list down to a few possibilities.  Sites were visited in April 1928 and the one which rose to the top of the list was a 43-acre plot at Tonna.  The plans were then for the two councils to formally suggest the site to the Ministry for approval, after which the land would be acquired.

Two years later, in April 1930, three sets of plans (at a cost of £800) were being discussed but there was very little progress.  Patients had to be sent to Swansea and this was costing eight guineas a week.  Things were getting fractious.  A councillor for the Rural District pointed out that “The hospital was first discussed before the War”, to which the sharp retort was, “What war?  The Crimea!”

A Neath Guardian headline a month later announced ‘New Isolation Hospital’, but it was only ‘contemplated’.  The estimated cost of the new building would be £27,400 and it was believed that there would be 52 beds for patients.  A number of plans had been drawn up and scrapped but now things were looking promising.  Delays caused by purchasing the land had been overcome and the report stated that plans would be forwarded to the Wales Board of Health and tenders advertised for as soon as the plans were approved.

One would have thought that matters would proceed with some alacrity thereafter, given the lack of such facilities in the area, but that was not to be.  Glamorgan County Council wished to erect hospitals at central points to cater for several districts.  One such proposal was that Neath should join with Ystradgynlais and Pontardawe with a hospital in that area.  This was declined by the Neath councils.

The Chairman of the Neath Joint Hospital Committee was J. Cook Rees OBE and the laying of the foundation stone on 22nd July 1937 was his last act of public service.  He was presented with a silver trowel by the builder, Lawford Gower of Briton Ferry.

The hospital cost had risen to £35,000 and was anticipated to be complete within 18 months.  The architect for the new building was Mr. H. Alex Clarke.  (He was the architect of Briton Ferry Library). The number of beds had risen to 64.  The hospital was finally opened in March 1939.

Tonna Uchaf in 1914 – before the building of a hospital, when the site was referred to as being ‘above Tonna Uchaf’. 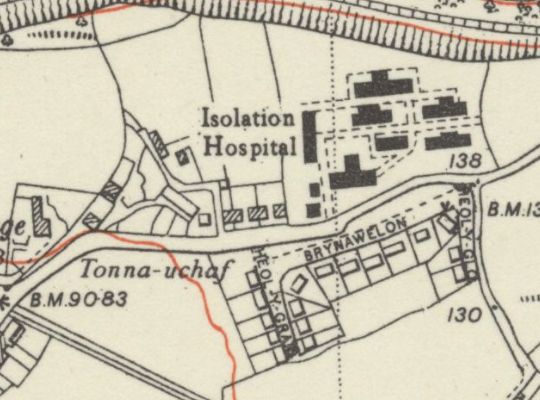 In 1948 the use of the hospital changed to become a children’s hospital and a generation of Neath children went there to have their tonsils removed.  The final change to a psychiatric unit took place about thirty years ago.