The 'Hole in the Wall' - Café/Restaurant & Steak Bar 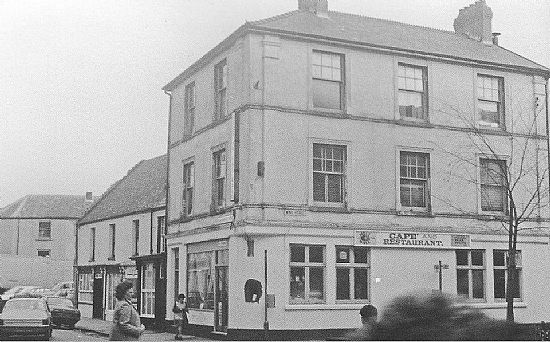 The Hole in the Wall in its closing years

One of Neath's most popular café/restaurants, The Hole in the Wall was situated in Navvies' Square at the corner of Old Market Street and Wind Street.

Why Hole in the Wall?

Hole in the Wall is a popular phrase with a number of meanings.  Commonly denoting an obscure out of the way place and sometimes used to give an establishment an air of mystery, exclusivity or even notoriety.  However, it can also imply the exact opposite as a contemptuous description of a small and dingy lodging house or abode.

From at least 1690 it was used in England as a public house name, of which there are still many examples.

It further describes an aperture made in the wall of a debtors or other prison through which the inmates received money, broken meat or other donations of the charitable kind.

In Dublin, a pub which has been run by the McCaffery family for generations is so named after a tradition that existed for over a hundred years which was the practice of serving drinks to British soldiers through a hole on the wall, since they were prohibited from leaving Phoenix Park.

Add to this it is a riverside settlement on the east bank of the River Wye, the title of a television game show and the name of a gang of infamous criminals of the American Wild West that operated out of Johnson County, Wyoming and included amongst its members, Butch Cassidy and the Sundance Kid.

The Hole in the Wall, Neath was run by Beryl and Tony Phillips of Briton Ferry and offered a range of traditional dishes popular at the time. 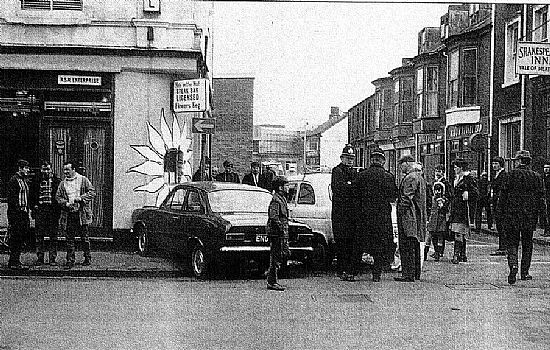 Modelled on what they had seen in America, brothers Frank and Aldo Berni had introduced the post War British public to a home grown restaurant chain which came with its own pre-stylised restaurants, with Tudor-looking false oak beams and white walls.  The first Berni Inn opened on 27th July 1956 at The Rummer, a historic pub in central Bristol.  Locally, the chain acquired The Cambrian Hotel which became a great success.  It is probably because of this popularising of casual regular dining out that the Hole in the Wall evolved into a restaurant, obtained a table licence and established itself as a Steak Bar in order to tap into this lucrative emerging market. 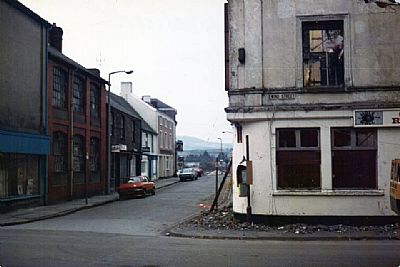 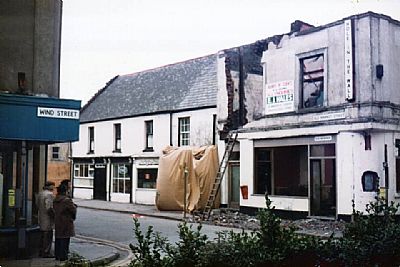 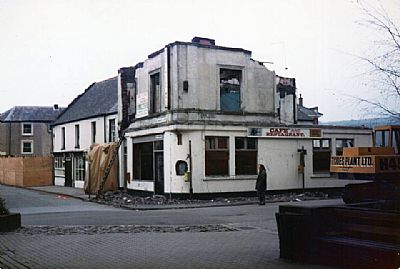 The dining habits of the public evolved to encompass other cuisines, particularly of the Italian, Chinese and Indian variety.  Consequently, Berni Inns fell out of popularity and were considered 'dated'.  The Cambrian Hotel reverted to its former layout.  As for the Hole in the Wall, it too eventually closed.  It was demolished and replaced by a new building.  This opened as the Medicare Drugstore, later becoming BeWise and latterly Store Twenty One, both economy clothing stores. The premises is currently vacant (2019). 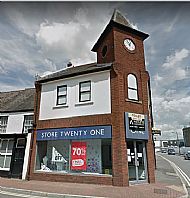 Regarding the Berni Inns chain, this was sold to Whitbread in 1995, who converted some of the outlets into their own Beefeater and Brewers Fayre restaurants.

Dessert: Black Forest gateau* or a choice from the cheese board (Danish Blue, Stilton or Cheddar)

Irish coffee and After Eight mints

* These would become the signature dishes that today define the period.

If ever you go to Kilkenny

Remember the Hole in the Wall

You may there get blind drunk for a penny

Or tipsy for nothing at all.

The images in this article are courtesy of the internet/public domain, NAS and Google.