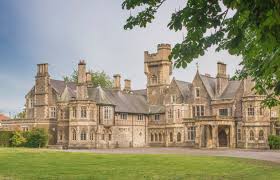 The society enjoyed a very successful visit to Insole Court in Llandaff on Saturday 21st of September.  We were greeted by Diane, a volunteer with the Insole Trust, who took us on a tour of the house and gave a comprehensive account of the history both of the development of the house and its occupants.

The house started life around 1806 and continued to be developed by succeeding members of the Insole family until 1970's when it was sold to Cardiff Council.  It was then run as a community centre and housing for education staff.  When the council deemed it unsafe for occupation, The Insole Trust was formed to save the house and grounds.

Some of the Society members may remember about two years ago a member of the Insole Court Trust came to talk to us about the history and the work of the Trust, appearing as and acting out the part of George 'Fred' Insole who lived there in the early part of the twentieth century.   The house has now been re-opened to the public for tours and it is well worth a visit. 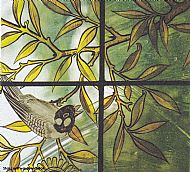 We were delighted to be unexpectedly welcomed by Mrs Gaynor Howard who is the daughter of Mr Stanley Thomas one of our founding members and who played a leading role in the excavation of Neath Abbey.

After a lunch break we were taken across to nearby Llandaff Cathedral where a pleasant hour or so was spent exploring and appreciating the architecture and artefacts to be found there. 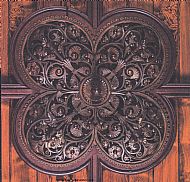 More information on Insole Court can be found on their website - https://www.insolecourt.org