George Mackay [d1840], of the Aberach Mackay family, tenanted the farm of Arichliney, Kildonan, until he was evicted in 1813 and moved to Wick. He and his wife, Catherine (Kitty) Mackay [b31 Dec 1769], had seven sons and three daughters. Of these children:

Another brother, Hugh, died in Jamaica in 1815

See: The Book of Mackay p250 and James Mackay Book

Handlist of the Glynne-Gladstone Mss in St. Deiniol's Library, Hawarden
Probate of the will of Robert Mackay of Demerara, British Guiana, planter, with power of attorney relating. 1852-3 (2 items). 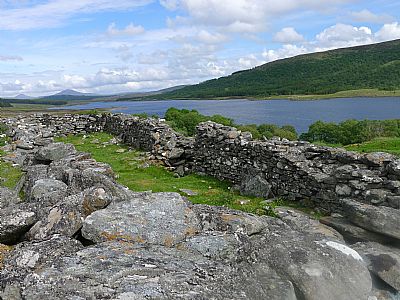 According to local tradition, the burial ground of the Aberach Mackays, in Strathnaver, Sutherland.