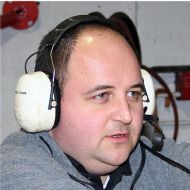 Tim is 40 years old, and has a young son, William, the next British World Rally Champion.

He is the owner of TFRallysport Limited, a well established Cumbrian based Rally Prep and Parts business. Has been involved in rallying for over 20 years and has competed on over 100 events as a driver.

Tim is focusing his efforts in 2015 on rally car hire and preparation, as well as being a sponsor of the Scottish Tarmack Rally Championship via his Rally Spares and Equipment business.