+ Growing concern about the future of Neath Rail Station

Readers letters reflect the concern about the future of Neath's rail station as a main line station.

The proposed plan is to by-pass Neath with trains crossing the river by the swing bridge built for the Rhondda Swansea Bay railiway in the late1800s.

A new station at Jersey Marine will serve the Swansea University Campus before terminating at Swansea.

Over the years railways have changed from the time that Briton Ferry had 3 stations, Neath had 4 and Swansea had 7.

Under the new plan it is likely that the station at Briton Ferry or Port Talbot will used used for a local metro train to run passingers to Neath and Skewen. 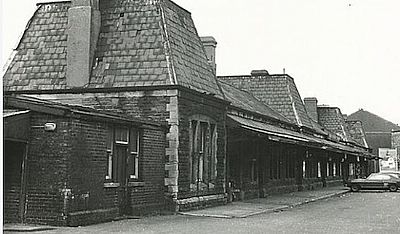 Many Neath residents believe that the loss of a main line station at Neath will be a great loss for the town.

Are we going backwards in Neath?   Pictured right is Neath's Victorian built railway station that had a parcels office.

If Port Talbot's rail station was under threat Steven Kinnock MP would be speaking up about it - here in Neath there appears to be an air of silience.

One reader gives an encouraging view based on reports from outside sources.  More reassurance is wanted from official sources to avoid residents worrying about could happen.  It is up to councillers to get the facts and report accordingly.

A brief look at the station: