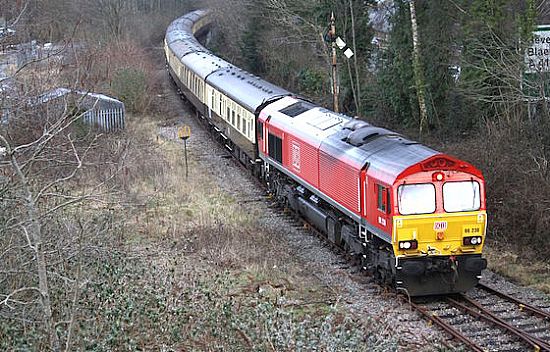 We do not often see a passenger train on these lines today apart from a
little freight
This caught me by surprise as she came from London Paddington, Cardiff
Central,  after returning to the Neath & Brecon Junction and reversing
she commences a second long climb on a ten mile remnant of the former
Neath & Brecon Railway to Onllwyn, and the the remains of the  Seven Sisters station, which closed in 1962, by the time they reach the end of the line they would have gained considerable altitude and the scenery  become quite wild and remote.
.............Mike Davies

As previously stated on this website, this line has great potential - it is simply waiting for someone to realise what a great attraction and money spinner it could be.