Many readers won't believe this 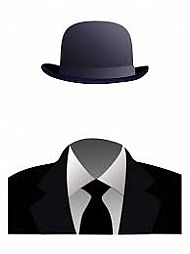 There's a report in reader's letters about the Invisible Man turning up to support the Labour candidate at Bryncoch South.

It is alleged  that when many residents went to the door there was no-one there!

We can't believe it ourselves.   Read the item and make a comment.

Ed Note..... The 'Invisible Man' was the name given to a former Labour councillor who represented Bryncoch South from 2012 - 2016.

The Invisible Man is a science fiction novel by H. G. Wells. Originally serialized in Pearson's Weekly in 1897, it was published as a novel the same year.