Where is Neath Port Talbot on the Wales Weather Map? 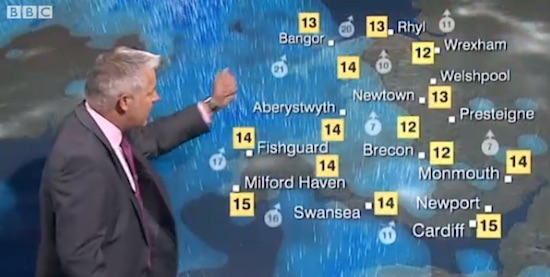 Coming soon on the Neath Ferret- something to make up for this deficiency.   It will be our way of putting Neath on the BBC weather map.

Derek Brockway (born 29 October 1967) is a Welsh meteorologist. After 30 years employed by the Met Office he joined the BBC in October 2016. Brockway is based at BBC Wales in Cardiff, Wales and presents weather forecasts on radio, television and online as well as appearing in other programmes. He is a keen walker and Welsh language learner.