Look at what Neath is not promoting

In the Ferret Blog for August (see menu) there was mention of the National Trust at Aberdulais.   It has the largest water generating wheel in Europe.    How many local residents know that? 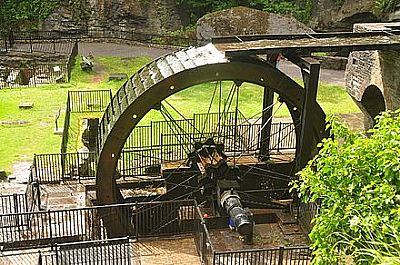 Power has been drawn from the waterfall since 1584, when it first provided energy used in the manufacture of copper, using ore imported from Cornwall. The copper-works ceased to operate early in the 17th century, and the site was later used for corn-milling and later as a tinplate works. The weir and waterwheel were added during the 19th century.  The waterwheel used today is a modern steel structure. It is the largest waterwheel generating electricity in Europe, with a diameter of 8.2 m (27 ft). It has 72 buckets to catch the falling water and rotates at a rate of five revolutions per minute.