Reader says the Internet should be filtered for youngsters

It perhaps took a little courage for one of our readers to write in about why  adult material on the Internet should be filtered.

No doubt many families have problems with youngsters and this is often influenced by inappropriate material on the web.    This is often dismissed or even swept under the carpet - some families won't even discuss it.

It is a fact that sex crimes have increased as sex on the Internet increases and it is time that something was done about it.

All Internet Service Providers (ISP's) should filter adult material at source in the form of a default setting.  An opt-in facility should be provided for what is currently viewable.

We certainly don't live in a perfect world and allowing ISP's to continue as they are is making things worse.     In the past there has been stricter controls on cinema films with a board of censors - so why not have some control over Internet content?

Another Reader follows up: 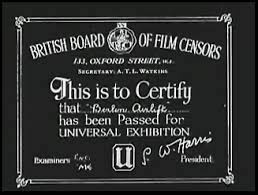 A reader recalls the certificate of the British Board of Censors shown in cinemas in the past and agrees that something should be done on the Internet to protect the younger generation.

The British Board of Film Classification (BBFC), previously the British Board of Film Censors, is a non-governmental organization, founded by the film industry in 1912 and responsible for the national classification and censorship of filmsexhibited at cinemas and video works (such as television programmes, trailers, adverts, public Information/campaigning films, menus, bonus content etc.) released on physical media within the United Kingdom.   It has a statutory requirement to classify videos, DVDs and, to a lesser extent, some video games under the Video Recordings Act 2010