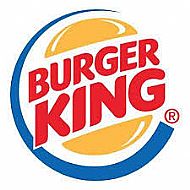 Food containers thrown out of cars at the Cadoxton Road Burger King is attracting foxes at night. reports a Neath resident.    Often the mess left behind has to be seen to believed, he says.

Perhaps a way to deter these unsocial louts is to take photos of the litter being dropped and put them on the Internet, the resident suggests.

The lack of pride in our environment is a cause for concern.  It is a fact that litter attracts litter and the problem escaltes as can be seen in various parts of Neath.