Radio 4 contacted Maureen Davies of the Neath & District Ladies Choir just before Christmas as they were down this way looking for a composer, Harry Parr Davies

Very few have not even heard of him, Radio 4 decided to go the ladies Christmas choir in Tonna as Harry Parr Davies started with the local choirs and playing the organ in churches.

Harry Parr Davies was born and lived in Briton Ferry, as for the rest of his life--- listen to this very interesting story you will be surprised how it led to George Formby and Gracie Fields.

Google Harry Parr Davies to know more about someone who deserves to be in the Neath Hall of Fame.  We did this and reproduce  below a paragraph from Wikipedia. 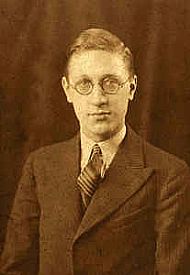 Harry Parr Davies was born in Briton Ferry, Neath, South Wales and was a musical prodigy, having composed whole operettas by the time he was in his teens. He came to the attention of composer Sir Walford Davies, who encouraged him to study at Oxford. At the age of fourteen he had already composed six songs, and left Wales to expand upon his juvenile success

In 1931, in an uncharacteristic moment of assertiveness, he talked his way into the dressing room of the singing star Gracie Fields at London's Winter Garden theatre.From 1934, he worked as Fields' accompanist. He wrote songs for Jack Buchananand Anna Neagle among others. His best-known songs included "Pedro the Fisherman", "Wish Me Luck as You Wave Me Goodbye" and "Sing as We Go".