A railway line for future use?    Let's think about it

Let's plan ahead before the roads become grid-locked as they surely will.   The above film shows the line passing Mike's home in Cadoxton, which now carries little traffic.  We understand it was a scenic excursion from Paddington to view the Welsh Valleys.

A newly built platform near the Lidl food store would revitalise Neath and its valleys.   And what a regular tourist attraction it could be!   Another platform near the Cefn Coed Collery museum would be just part of the plan.   If steam trains were run on the line it would be an even bigger attraction.   It would, in fact, put Neath on the tourist map.

Ex-railway workers and steam train enthusiasts are sure to love working on the project.

EXTRA...... Let's not make the same mistake as the Rhondda and Swansea Bay railway, which, after getting rid of the level crossing at Aberavon, could have run from Aberavon up the Afan Valley to Treorchy and on to Cardiff.   The Rhondda Tunnel Society is now working on a project to make the second longest tunnel in the UK a cycle track see link below: 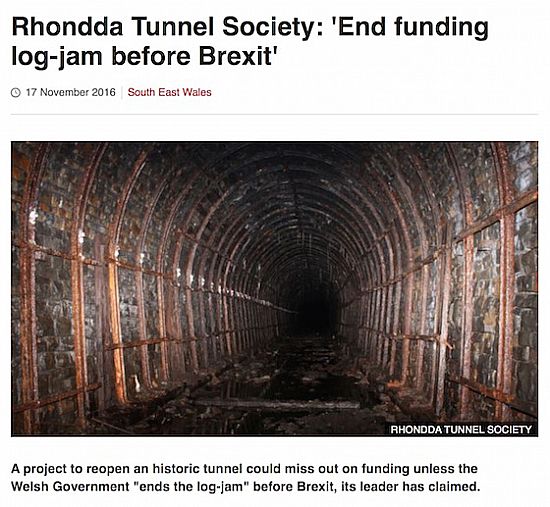 The tunnel links the Afan Valley to the Rhondda Valley.