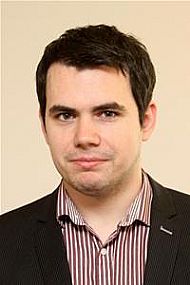 Well, his website has disappeared for some unknown reason.  As for the man himself, his appearances at NPT council meetings is open to question.

Following STaN's post we tried to get more information about his Labour nomination in Llanelli for next year's election.   We did, however, see the following comment on a Facebook source:

"Delighted to have been selected by Labour members to be one of our candidates for the Lliedi ward. Really looking forward to campaigning on the important issues in the ward, including the future of Parc Howard and Penygaer/Llanerch playing fields."

Rob James has seldom responded to this website so it is unlikely that we will get more information on his political aspirations.   Residents of the Bryncoch South ward tell us he will not be missed if he disappears altogether.

+ READERS COMMENT       Several readers have already commented on Rob James on our READERS LETTERS page with one reader reminding us of him having a short term job at Waunceirch Tesco Express prior to his  NPT Council election in order to promote his local presence.   No-one can deny his determination to get on in politics by working closely at the Welsh Assembly with Gwenda Thomas the AM for Neath.   Some local residents claim the time could have been better spent on his own patch in Neath.

Another reader, who admits to being a Labour supporter, says that Rob James is a young man who deserves a chance in politics.   Many will perhaps agree on this point and say that the proof of the pudding is in the eating.

++ Cllr Rob James Responds  It is only fair to report that Cllr James has responded to readers' comments on our READERS LETTERS page. He confirms that he will not be standing for election at Bryncoch South in the NPT Council elections next year - and explains the reason why.

++ STaN Responds AIS (As it is)   In his column (STAN DIRECT in menu) STaN presents an indepth review of Cllr Rob James including his attendance record at council meetings.   This is done for readers to form their own conclusion on how this councillor has performed.   STaN is calling for the publication of ALL councillors attendance records BEFORE the next elections, bearing in mind that Swansea and Bridgend councils already do this on their websites.

++ STaN sends a memo to the Editor    I could have said a lot more about this guy but I did not want it to appear as some sort of assassination.   Far better to stick to the facts that are already in the public domain when you find them.