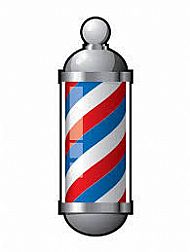 Look out for the new gossip column coming next year with mainly speculation about what is happening, or about to happen, in and around Neath.

As mentioned before, a barber's shop is the place to pick up rumours and speculation of what is likely to happen around the town.   No guarantee will be given about the accuracy of what is reported - but it could be said that there is no smoke without fire.

The source of the information will be kept under wraps not to embarrass anyone, and in this way we hope that items will regularly appear so that that they may be freely discussed on our Readers Letters page.