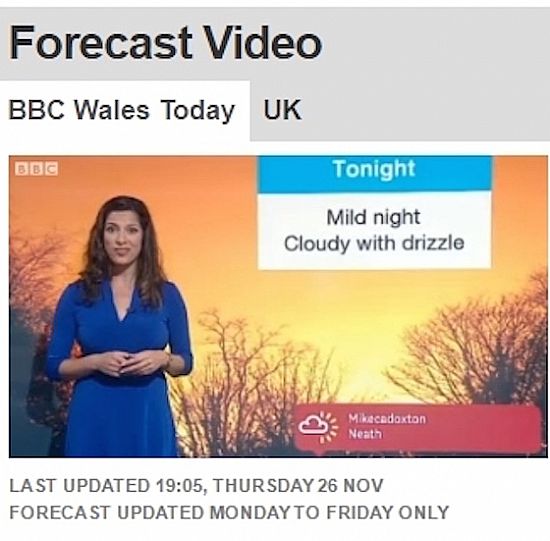 Mike Davies of Cadoxton was delighted. to learn that the weather photograph he submitted to the BBC was used in a weather forecast (screen shot shown above).   Earlier in the day, when walking in Neath, he was stopped by a leading councillor and given a friendly hug with a comment that he was doing a grand job for the town.

+  Mike is a BBC Weather Watcher and sends regular photos to the BBC Met.Office.   The photo he submitted for the above report is shown below.   Mike says: "It was a sunset after a grey day taken from Neath due West on Nov 26th.   It was such a stunning shade it was waiting to be photographed." 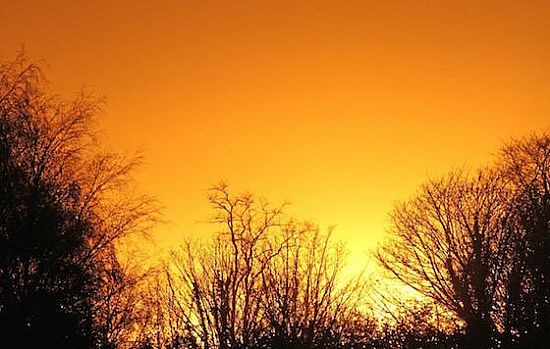 ++ Mike has had a longstanding interest in the night sky and in 2001 he spotted some UFO's hoovering over Neath. On 17th November 2015 he reloaded his recorded video on YOUTUBE.

It must be added that Mike is not alone in his findings and that others have reported similar sightings and have added them to YOUTUBE.   Interested?   Copy and paste the following link to your browser to see what Mike spotted:-