+ Readers want to know where the money went after the site was sold to developers? 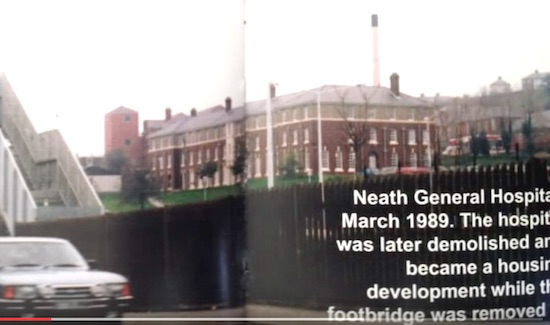 The site included a modern out patients building, which would have made an ideal health centre - it also had a car park.

The building (less than 20 years old?) was demolished along with the nurses home (pictured), the hospital and the new maternity wing.

Where did the money go after the site was sold to a housing developer?

As reported below (7.11.15), a new heath centre for Briton Ferry will be opening out of town.  See readers comments on our LETTERS PAGE.

We understand that the new Baglan Moors hospital is NOT paid for - it is leased to the NHS.

+ LATE EXTRA
Frank Little writes:-
"For those interested in the question in the headline to the Ferret's news item about the Neath Port Talbot hospital, the Western Mail of 29th March 2013 is interesting. The only PPI scheme in the Welsh NHS cost £66m to build, according to the Mail, but will eventually cost around five times that figure before it eventually reverts to public ownership.

Gordon Brown loved PPI but LDs and later Plaid in coalition successfully prevented Labour here from embarking on a big PPI programme. In view of what has happened in the English NHS and in the ABMU, this was wise."

Add your comments to this item on the READERS LETTERS page.