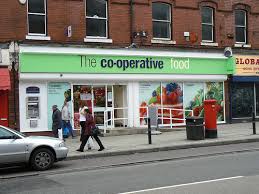 Following the problems at the Co-operative Bank, shock waves have gone down the group and are now been felt at their convenience stores.

A new format is being structured along the lines of making them 'Simple Stores'.   The existing stores  employ partime workers and these are being reduced in numbers to conform to the new format.

Employees with two part time jobs will be the first to be considered to go in the staff reduction process.

In a BBC report today Aldi and Lidil have reported increased profits with expansion plans for the future with more jobs in the pipeline.