Pity about the over loaded Victorian Sewers!

Since the Victorian era there have been many housing developments in Neath - the Cimla area in particular - but the sewage system remains the same with the outfall at the River Neath, near the centre of the town.

The question arises: What is being done to bring our sewer sytem up to date? We hope its not a case of out sight out of mind. Our councillors should ask more questions and give us the answers.

It's a fact, sewage is being dumped into the River Neath, as shown in the photos below. 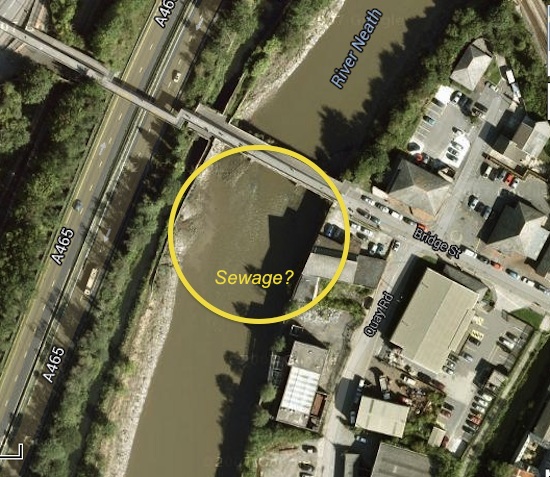 +    Here is an extract from one reader's letter:

"I walked into Neath on Monday morning this week at about 9:30  via Bridge Street.

There was a particularly high tide and the river had just started to ebb.
On both sides of the river treated sewage was flowing seaward, not a particularly pleasant sight.
I am no expert but it seems common sense to me that the proposed building of hundreds of new houses in the Waunceirch, Bryncoch area will only increase this outflow and that development should only be permitted when adequate systems which affect public health and the environment are in place."

The reason for our concern about the smell in Neath: 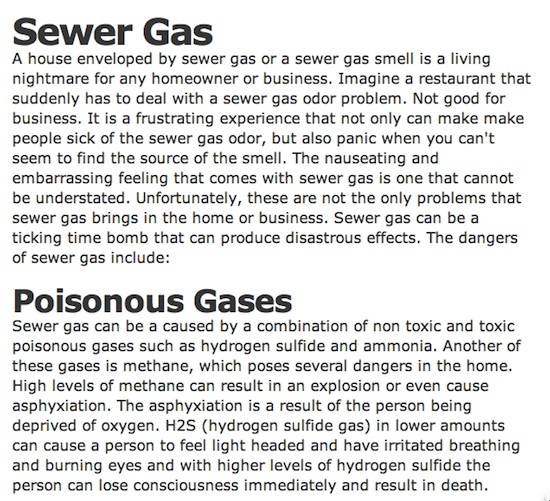 Source:  Result of a Google search on Sewer Gas.