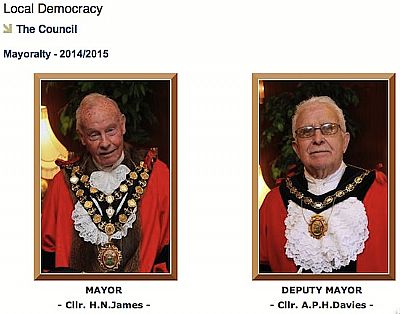 For the past two years an independent website has listed the NPT Mayor's engagements.  Because of the lack of interest and little use of the website it will no longer be updated from this month (May 2014).

"Due to low activity on this website, and the apparent lack of interest in the Mayor's engagements, there will be no further listings published on this website as from the inauguration of the Mayor for 2014/2015 on 16th May 2014.

Engagements for 2013/2014 have been left on this website for record purposes.

The website can be found on our sub menu.