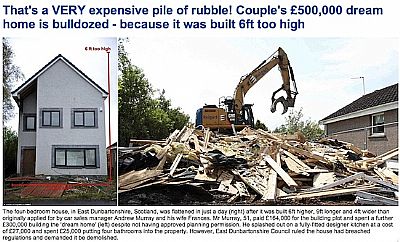 My morning browse through newsoggle.com revealed the report on the right which reminded me of the eye sore building development we have here in Neath at Wauncerich - except that the one in Neath is worse as it is on a ridge top site.  It's named (unofficially) as "White's Folly" after the name of Geof White who was the NPT CBC Chief Planning Officer at that time. 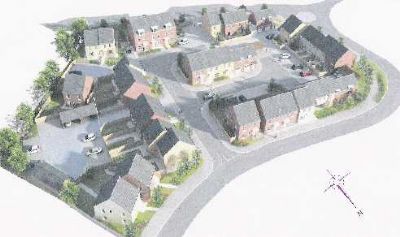 It is not known what went on behind closed doors but you can come to your own conclusion if you look at the website: NEATH EYE SORE

It seems that no lessons were learnt from a former ridge top housing development at Cimla - this shows how stupid planning officers can be, and the councillors who endorsed it - naturally, councillors who do not live in the area.

Note..... Cllr Janice Dudley, councillor for the area, wishes it to be known that she opposed the development and was in favour of bungalows to match the surrounding properties.