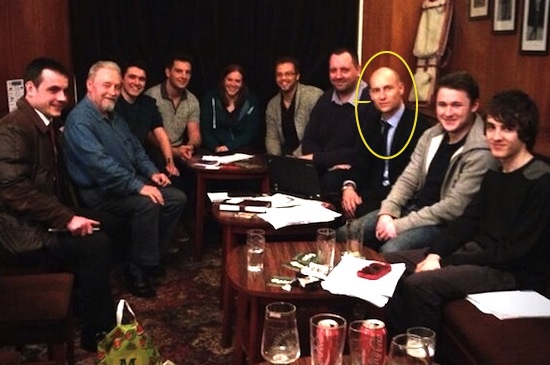 Stan, our columnist, breaks the news that Stephen Kinnock has been nominated to represent the Labour party at Aberavon for the next General Election - see readers' letters.

As Stan previously mentioned, Stephen Kinnock is the only one wearing a tie in the above photo - did it make a difference?

In his column this week Stan looks at his Mum and Dad and how they are these days - it makes interesting reading.

Stephen Kinnock (born 1 January 1970[2]) is the husband of Danish Prime Minister Helle Thorning-Schmidt and a British executive who has held various senior positions with the British Council prior to joining the World Economic Forum in January 2009 as director, head of Europe and Central Asia.[3] In August 2012 he was appointed Managing Director at Xynteo, a strategic advisory firm that specialises in helping global companies to green their business models and supply chains.

He is the son of Neil Kinnock, former leader of the Labour Party and ex-chair of the British Council, and Glenys Kinnock, a former LabourMember of the European Parliament and Minister of State at (2009–10) at the UK Foreign Office. He is married to the Prime Minister ofDenmark, Helle Thorning-Schmidt, whom he met when they were both studying at the College of Europe in Bruges, Belgium during 1992–1993, to which he had won a scholarship.

Follow the views of our readers on our letters page. 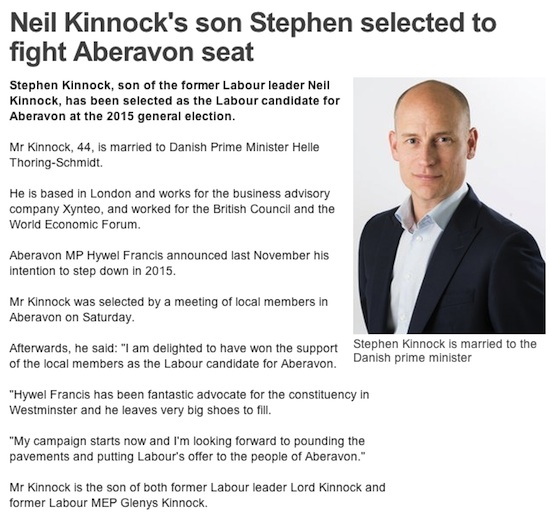