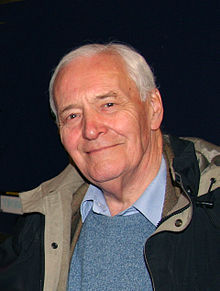 Benn's campaign to renounce his hereditary peerage was instrumental in the creation of the Peerage Act 1963.[2] In the Labour Government of 1964–1970 he served first as Postmaster General, where he oversaw the opening of the Post Office Tower, and later as a notably "technocratic" Minister of Technology. In the period when the Labour Party was in Opposition, for a year he was the Chairman of the Labour Party. In the Labour Government of 1974–1979 he returned to the Cabinet, initially as Secretary of State for Industry, before being madeSecretary of State for Energy, retaining his post when James Callaghan replaced Wilson as Prime Minister. During the Labour Party's time in Opposition during the 1980s, he was seen as the party's prominent figure on the left, and the term "Bennite" has come to be used in Britain for someone of a more radical left-wing position.[3]

Benn topped several polls as the most popular politician in Britain.[4] He has been described as "one of the few UK politicians to have become more left-wing after holding ministerial office."[5] After leaving Parliament, Benn became involved in the grass-roots politics of demonstrations and meetings, and was the President of the Stop the War Coalition for the last decade. He was a vegetarian from the 1970s until his death.

Read what Stan has to say:CLICK