It has come to the point where the Heritage Scene Neath cannot be ignored.  If you follow it on Twitter you will understand what I mean.

Several hundreds of influential people have expressed their support as you can see for yourselves if you look at the Twitter website.

The tremendous response has certainly taken many by surprise.   It is now up to the NPT CBC to be aware of this and certainly the hundreds of influential people and organisations who have pledged their support.

Below is what an enthusiastic Twitter follower sent in to the Neath Heritage following.  It is an old photograph of the Neath 'Conn' Club - note the tram tracks in the road for the Briton Ferry to Skewen tram that was powered by town gas. 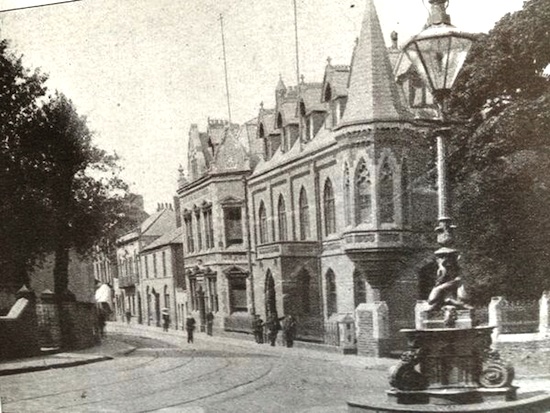