HAFREN Power - the power that never was 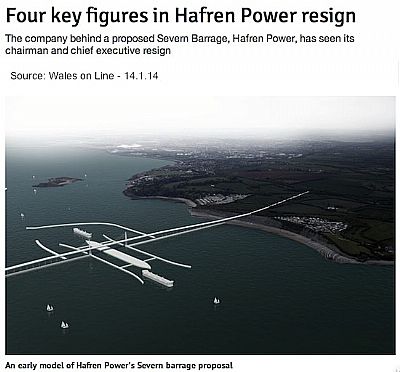 This weekend "Just STaN' looks at the Severn Barrage and those behind it, including the MP for Neath.

The in depth look at Hafren Power makes interesting reading and should not be missed by our readers.

About the name: HAFREN

Hafren was a legendary British princess who was drowned in the River Severn (Welsh: Hafren; Old Welsh: Habren) by her repudiated stepmother Gwendolen. The legend appears in Geoffrey of Monmouth's pseudohistorical chronicle Historia Regum Britanniae. According to Geoffrey, Hafren is the eponym of the Severn, which bears one of Britain's most ancient river names (recorded as early as the 2nd century in the Latinized form Sabrina).
Source: Wikipedia