A real muck up of attempted road improvement at North Waunceirch

This is what Cllr Rob James said on his website: 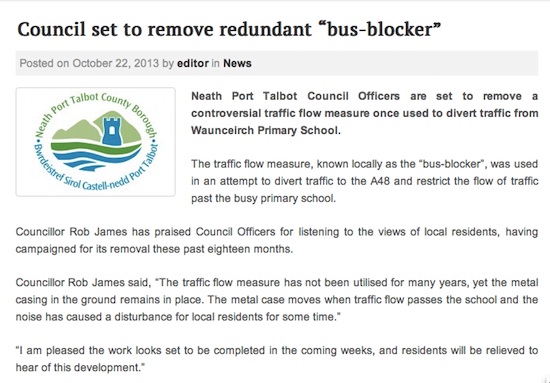 Cllr Rob James should take no credit for the completed job becuase it is a real mess.  Although the barrier plate has been removed, it is NOT possible to use this point as a crossing because of the hand rail barriers.

In addition to this, the road surface is in a bad state and needs attention.

Below is a Google view taken some years ago, which is intended to highlight the problem. 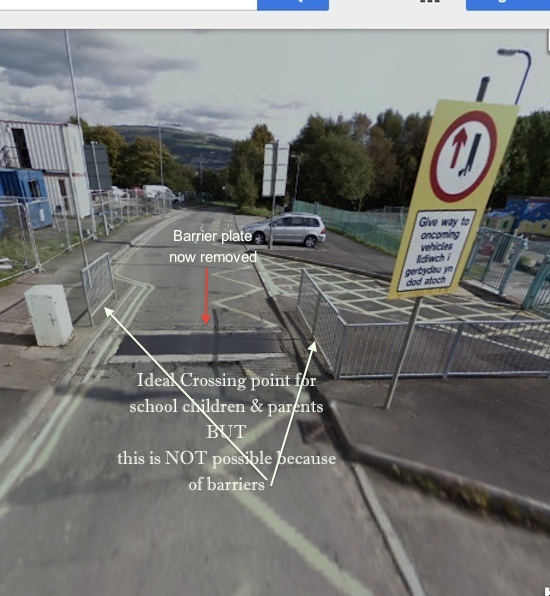 Cllr Janice Dudley has made a visit to the site and says she is most unhappy with the situation on a busy road adjacent to the Wauncerich Junior Primary School.  Cllr Dudley has promised to report the matter to the highways authorities.   Because it is a safety matter, with childrens' lives at risk, she said that it would hopefully be treated as a priority.

A manned crossing point lower down the road has been done away with because of cuts in local administratiion.