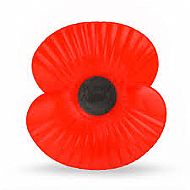 Readers should know by now that we give credit and praise to our local newspaper whenever it is due - even although they have chosen to ignore Neath Community websites - this one included.

The South Wales Evening Post covers a wide area, but it should be remembered that Neath is the second biggest town in their circulation area - so much so that they have an edition covering Neath-Port Talbot.

It is perhaps for this reason that several of our readers have commented to us on the paper's poor coverage of the remembrance parade and service held in Neath yesterday, which was attended by the town's MP - Peter Hain.

Being a Swansea based paper (but now printed in Cardiff) it may be understandable why the County Bourough of Neath Port Talbot takes second place.

However, the Neath Guardian website hopes to make up for all this in their next edition with a slide show video of the full parade that took place in Neath.

It must be stated that Neath's remembrance parade appears to get bigger every year and deserves to get the attention of the media.

We feel we must added that the SWEP has attempted to redeem itself by adding some photos of the Neath Remembrance parade to its website.   In fairness we give the link below so that you can see for yourself.   Clicking on a photo will make it larger:

Oh dear!  We must apologise!   We have given credit where it is not due.   One of our readers has drawn our attention to the fact that the above link refers to photos taken in 2008.   The following screen shot highlights the date.   No doubt there are some red faces at the SWEP.   Never mind, we all make mistakes - IF it was one?

To make sure that he was not seeing things, our reader compared the above with photos taken last Sunday and says that the Mayor and drummer boys are definately not the same.