04 November 2013
What are you missing on the Neath Guardian? 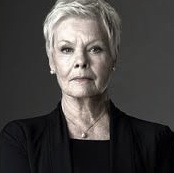 In the 1950′s, a young woman named Philomena Lee met a handsome chap with whom she grew rather close. He swept Philomena off her feet, and one night became even closer.. she fell pregnant. But a mother’s love was quickly seen as wicked. She was immediately sent to live in a convent. Nine months later, Philomena gave birth (under the scornful eyes of reluctant nuns) to a beautiful little boy who she named Anthony.

What should have been the happiest time in a woman’s life, spiralled into a living nightmare – because once Anthony was pulled from her body, Philomena was thrown into a separate living quarters of the convent, where she slaved seven days a week in the laundry room. She was able to see her baby – for 1 hour a day.

The above (with Judi Dench pictured) is just a start of Ricky's indepth review as he outlines the full story - but not the ending.   Well worth reading to know what to look forward to.

The link to the Neath Guardian is in the menu.