We DON'T want another Memorial Plaque in Neath 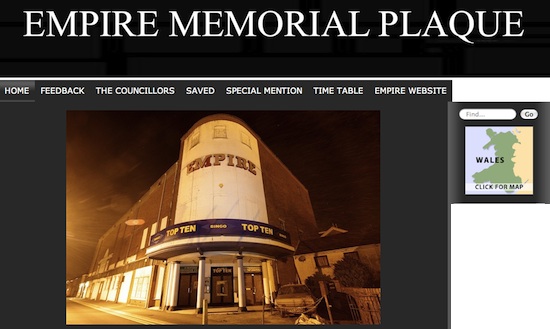 When it comes to the Neath Town Development we want to see no more Internet Memorial Plaques like the the one above, which includes the photographs and names of the councillors on the Planning Committee who 'rubber stamped' the demolition of the  Empire Neath - the last entertainment building in the town, which provided entertainment for the community since 1926.

The Empire, during its lifetime, provided cinema films, dancing, snooker and bingo -  84 years of glorious entertainment.    In the end it was 'rubber stamped' for demoliton, mostly by councillors who lived outside Neath.

To view the Memorial Plaque in detail click on the link below - many residents have already named it:  'Neath's Plaque of Shame'

Editorial Note   The Vauxhall Viva car shown in the above photograph survived the demolition and is still there today.