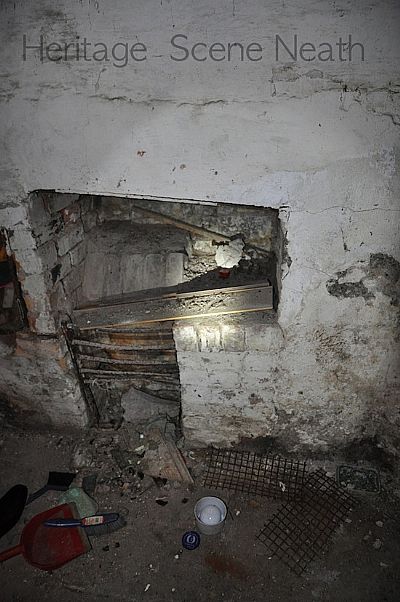 Jason Reynolds of Heritage Scene-Neath has confirmed what historians Keith Reed and Robert King have been saying.   Queen Street, Neath, was once the residence of the gentry who lived at street level while their servants had quarters down stairs - below street level - see picture right showing a Victorian fire place.

It is all rather like the award winning television series:  'Up Stairs and Down Stairs'.

Jason investigations are on-going and he hopes that his findings will eventually be displayed in a Neath art and cultural centre - similar to those sponsored by other councils, namely Swansea and Cardiff.

Jason will be pleased to know of other hidden secrets so that they can be photographed and documented for future generations.