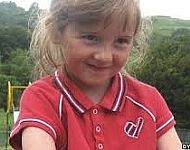 In the light of the April Jones case which is shocking this nation may I use these pages to ask for the opinions of the people who post here on control of the internet.

Supermarkets pass on details of what produce you buy, Governments can look into your bank accounts, so why are paedophiles still able to ply their evil trade on the internet uninterrupted. There is a fine dividing line between control and censorship but personally, as a mother, I believe that the Government through it's agencies, such as the Police should and could do a lot more to stop the filth that is peddled on the internet.

I would be very grateful for others views on this subject. It is too late to state that the accused was looking on rape and murder sites before April Jones disappeared. If they can find it out after the event why not before?

Landra's letter appears on our Readers Letters page - which will enable readers to respond to it.