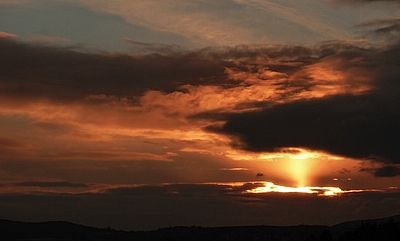 What does it Mean?
This is the first part of the weather-lore rhyme:

Sometimes the phrase involves sailors rather than shepherds - both have a more than usual interest in the weather.

Origin:
The saying is very old and quite likely to have been passed on by word of mouth for some time before it was ever written down. There is a written version in Matthew XVI in the Wyclif Bible, from as early as 1395.

NOTE .... We do try to look on the bright side of life - sometimes!