Following the world's first Internet Memorial Plaque on a cherished building, the Neath Empire, it is only fair to analyse what is on it.

Of the 34 NPT CBC councillors who attend the Planning Meeting of 31st January 2012 to decide the future of the Neath Empire (among other items) only 6 councillors were from the town of Neath.    Others were from Port Talbot and districts outside the town.

Does this mean that only 6 councillors had a true feeling for the building and its future potential for the town?    To the other councillors it may just have just been an item on the agenda - an item of no consequence. 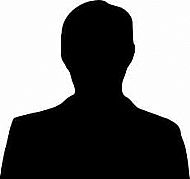 We know that many readers are concerned over what has happened and would like to know if THEIR councillor was involved.   To find the answer, look at the Memorial Plaque website and see the councillors who made the decision.