Help your own mental health - Learn to cope with rejection successfully.Once upon a time - A Tale of Crisis and cash flow management tips5 things to remember when cash flow forecasting for your business6 Tips For managing cash flow during CoVID 19 EpidemicIndex 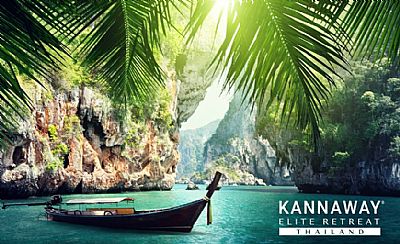 Do you pursue success? Do you know what success looks like? Why not come on a voyage of discovery and read my article.

We all want success. We want to be successful and feel successful. We chase money, fame, power, education, relationships and a thousand other things without ever stopping to ask one essential question: What, actually, is success?

Few people pause to consider what it truly means to achieve success in their own lives. As Jim Rohn said, “If you don’t design your own life plan, chances are you’ll fall into someone else’s plan. And guess what they have planned for you? Not much.”

If we don’t answer this question, we can end up climbing the wrong ladder and pursue someone else’s version of success. We get to the top only to discover we climbed the wrong mountain. We achieve our goals only to realize they were the wrong ones. It’s a disaster few people are able to recover from.

In American Comedy Film Office Space, Peter Gibbons says to his doctor, “So I was sitting in my cubicle today, and I realized, ever since I started working, every single day of my life has been worse than the day before it. So that means that every single day that you see me, that’s on the worst day of my life.”

Well as someone who has had the benefit or misfortune of spending some time in an NHS psychiatric ward suffering depression and General Anxiety Disorder following prolonged bullying at work from a narcissist I am not sure that is entirely correct however that may be for a different article and a different author than I.

How however do we avoid a similar fate?

Those who have achieved the greatest amounts of actual success are those who are crystal clear on what it means to reach the top, for them. If we want to follow in their steps, we must achieve equal clarity.

Before we can pursue success, we need to understand what success isn’t. If you spend just a few minutes on social media, you’ll realize how many people hold a very narrow definition of success. They think it’s about building wealth, having the perfect relationship, launching a billion-dollar business or amassing a large social media following. And a lot of times, they attach famous people to their image of success. Hands up those who have been fooled by this notion.

None of these things or people is wrong, but being like them doesn’t necessarily make you successful. Many people have fought and struggled to the top only to feel miserable and burned out once they get there. They’re unhappy because they pursued the wrong definition of success—one that didn’t match their values.

Throughout childhood and early adulthood, we learn various ideas of success from our parents, teachers and friends. Everyone has their own agenda and idea of who and what we should be. Although it’s OK to value the opinions and hopes of others, we shouldn’t necessarily adopt them as our own. No one can impose their version of success on us. No one can tell us what it means to live the good life.

It’s easy to assume that success means obtaining a specific object, such as a job or social status, and to believe that if we get that thing, we’ll be successful. But some of the greatest successes resulted from the worst failures. Winston Churchill said, “Success is not final, failure is not fatal. It is the courage to continue that counts.”

For example, before becoming a U.S. president, Abraham Lincoln…

…was defeated for the State Legislature.

…was defeated for Speaker of the House.

…was defeated for Congress.

…was defeated for the U.S. Senate.

…was defeated for nomination as vice president.

…was defeated again for the U.S. Senate.

If we rest our definition of success on one or two achievements, there’s a good chance we’ll be disappointed.

We must set our goals, objectives and trajectories based on what we desire, not what someone else wants for us.

Some people find that helping people brings them the most joy, and therefore success looks like a life given to others. Some realize that building a business or product brings them happiness. Some prefer isolation and others prefer constant activity.

The simple yet profound truth is that what makes me happy doesn’t make someone else happy, and vice versa. My vision of success probably looks nothing like yours, and that’s how it should be.

If we fail to define success for ourselves and try to pursue someone else’s path, we’ll end up frustrated, unhappy and ultimately feeling deeply unsuccessful. Bruce Lee said, “Always be yourself, express yourself, have faith in yourself; do not go out and look for a successful personality and duplicate it.”

The path to success begins by asking yourself, What makes me happy?

It’s also essential to understand that in many ways, we already are successful. If we assume that we are failures until we reach a specific goal, we will never be happy. We have to recognize all we have already accomplished.

Where have I already seen success in my life?

How can I continue building on that success

What lessons have I learned from those successes?

What have I learned about myself from those areas?

Success is both a goal and a journey. When we reach certain milestones, that is an element of success. But we don’t stop there. We push higher and harder, striving for more and to be better.

Tony Robbins says, “The path to success is to take massive, determined action.” But how do we find our path? What steps do we take to achieve true success?

We must be able to clearly answer several laser-specific questions:

What truly matters to me?

What are the things that set me on fire with passion?

What do I want to make of my life?

What lifestyle do I want to achieve?

Who do I want to be?

What do I want people to say about me after I die?

The answers to these questions must be ultra-specific. It’s not enough to say, What really matters to me is happiness. If you can’t see clearly, you won’t really know what that means, or what you’re doing or where you’re going. The same is true of your vision of success.

But before you can begin moving forward, you must assess where you’re at now. This is a time for honest evaluation, not rose-colored glasses. Where are you currently successful? Where do you want me to grow?What are your weaknesses and strengths? Try bringing in a friend or colleague to act as a real and unbiased sounding board.

After that, it’s time to set some specific goals. These goals should be achievable and concrete, but still challenging. Your goals should also be measurable. Say you want to read more books to be successful: set a goal of 50 books per year, not just “read more.”

If you don’t define success, someone else will define it for you. What mountain are you climbing? Is it the right one? Or are you going to reach the summit and see your mountain off in the distance?

Start on the right path today.

For me God and Christ need to be part of your life as it is through their grace that I recovered, and am no longer in need of clinical assistance, for the afore mentioned depression and anxiety but YOU need to define your own success. Don't however delay.

This article has drawn on other resources including What Does Success Really Mean to You? Alex Jasin | February 2, 2017