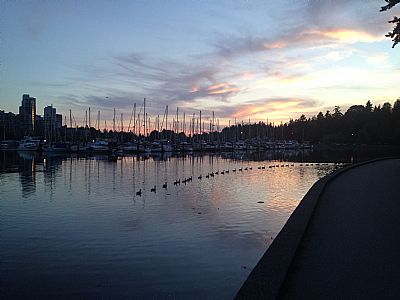 And now the team: 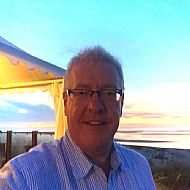 Mike is a proud Scottish Chartered Accountant. Born in Montreal, Canada and proud to be a dual national British/Canadian his parents and family returned to Scotland when he was very young and Mike considers himself almost certainly Scottish first.

His passions are first and foremost his family, wife Jenni (also a CA and qualified law Accountant SOLAS) and daughter Katy followed by Golf (badly), Football (Dundee Utd, Alloa and Wolves are his afflictions of choice) and good food (a little too much) and walking football where he co-ordinates the Ross County Walking Football Team utilising his SFA coaching badges. Alongside (or overseeing) all of these things Mike is a Christian and this drives all he does and engages with.

Mike has a wealth of experience in advising running and improving businesses. He qualified in 1990 and fairly quickly entered the fast paced arena of a corporate Finance Director career.  Working with various family owned SME businesses he has been variously successful in driving forward a family owned hugely profitable Furniture retailer; followed by a Scotland wide group of home improvement companies before joining as worldwide Group Finance Director a multi-national group of electronic tape and reel manufacturers and sub-contractors.  With facilities in Scotland,  USA,  Germany, Singapore and Philippines a passport was an essential part of the office equipment during those three years. During this tenure as well as overseeing worldwide business finances and affairs for the group Mike worked diligently on a strategic sale of the business to a large Singapore PLC.

Mike was subsequently headhunted to lead the planned stock flotation of a Dutch/Belgian owned printing company with blue chip clients.  This period co-incided with the birth of Katy which along with a changed strategy by the Dutch shareholders led to the desire to relocate to Highland Scotland for the benefits that brings in raising a family. alongside the opportunity of course to succeed in his own business.

In 2003 Mike Jenni (and Katy) bought a firm of Chartered Accountants AA Mackenzie & Co and moved over Easter weekend to a new life in Ross-Shire (home today) and successfully provided business advisory and compliance services throughout the UK from 2003 to 2012 when Mike seeking ways to further expand the business merged into another already larger practice.

Mike continued to grow the practice but in 2017 and seeking a return to his own autonomy, high values and ethical principles Mike then worked for a short time as Senior Manager to Scott Moncrieff, which was an excellent experience, then Regional Director with Goldwells Certified Accountants before acquiring the firm of Forsyth Accounting Practice in Aviemore which is now the core of EF Accountants.

From 2005 to 2013 as well as running his own business and advising significant SME businesses of all shapes and sizes Mike also served as Non Executive Director to Firth Of Cromarty Port where his successes included signing off on the major port redevelopment as well as overseeing a doubling in activity and tenfold profit increases. From 2011 to 2017 Mike was also a Non Executive director to NHS Highland where he helped guide the health board through Health and Social Care integration and as chair of both Audit and Endowment fund committees  as well as overseeing Raigmore Hospital prior to integration was a major player in controlling this c£800M operation.

Mike considers himself to be a BusinessCulturist where similar to a Horti-Culturist he tends nurtures maintains and helps, not plants, but businesses to grow and flourish. Mike utilises his significant Finance Director, Non Executive Director and Business Advisory skills to good effect for a wide variety of SME Businesses including as a Trustee of various charities.

Jenni who is a qualified CA and SOLAS (Scottish Law Accountant) splits her time between working in the Inverness office of a National Law firm and acting as an advisor to E F Accountants. Jenni qualified as a CA in 1992 and thereafter as a SOLAS qualified accountant.

Marion originates from the borders but is now a recognised Highlander having brought her own family up in the area.

Marion has been with the business for over 15 years and is experienced in all aspects of running an office and providing book-keeping and payroll services.

Marion is the glue which binds the office together.

Iain founded Forsyth Accounting Practice and provided Insolvency and Business Advisory Services throughout Scotland for over 25 years. Iain remains as a consultant to the organisation