THE PURSUIT OF SUCCESS IS IT REAL TO YOU?Help your own mental health - Learn to cope with rejection successfully.5 things to remember when cash flow forecasting for your business6 Tips For managing cash flow during CoVID 19 EpidemicIndex 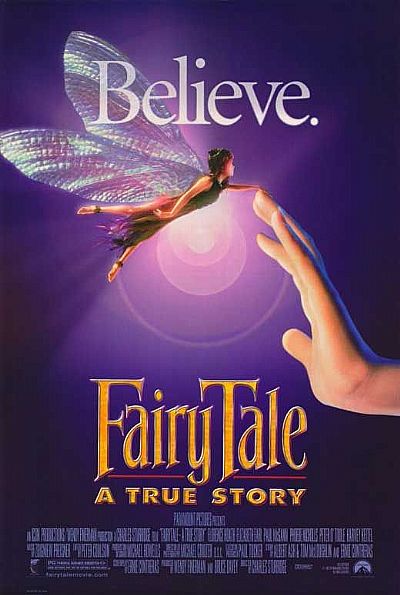 Once upon a time there lived in a fairy kingdom called Flyfe a young Chartered Accountant called well lets see I think Mike sounds a great name.

Mike had not long since qualified having trained in a regular accounting practice and had become a manager in his 7 years in practice as a practicing accountant.

Mike thought he was the bees knees and knew everything there was to know about accounting and business after all every day for 7 long years he had worked tirelessly with a vast array of businesses from world renowned roof window companies to world famous bakers and all sorts of businesses you could name and some you maybe couldn't. How difficult could this really be Mike thought "I am going out into the world to be a magician".

Mike went and spoke to the wicked witch of the West a local firm of accountants and auditors Candoes Chartered Accountants because he thought they were knowledgeable and knew everything there was to know about businesses and they recommended he work for a client of theirs who they advised with all heartiness "had suffered from some difficulties but were now firmly on track again" and last years audit proved this.

So one bright sunny day Mike's wife (lets not call her Jenni) packed him a lunch pail with sandwiches and cakes and all sorts of fancy goods (this was before Mike grew old(er) and well slightly more rotund).

Mike skipped down the path and went to his new workplace a successful firm of lets call them McGrumpy Consulting Engineers.

Now Mike being a Chartered Accountant who remember had spent 7 years in a firm of accountants getting to know everything there was to know about running a business (well he thought so) thought how hard can this be. "The first thing I shall do is prepare the management accounts" he said to himself. At this point Mike took a deep breath and a gulp when he spotted that the business had a £1million overdraft but only had a turnover of the same figure and well unbelievably staff wages of about £75,000 per month for over 20 employees (remember this was in a time long long ago).

Mike now had to learn a whole new set of skills which included #cashflowmanagementinacrisis as well as #crisismanagement and #hownottopanic.

Mike looked for the books and research on the topic of how to save your business in a cash crisis and spent hours and hours at the local library (no internet then) burning the midnight oil to find research to help him in the day job, after all his directors were all engineers and were busy engineering things. Mike decided to ask the wicked witch of the West (remember the firm of practicing accountants and auditors) Candoes but all they could muster was "well we audited the accounts last year and it seemed ok but right enough we never looked too closely at the cash flow because well we dont really do that sort of thing its not really our thing or skill set."

"You need a different type of accountant for that and they are called "Finance Directors" because they know how to direct the finances as opposed to simply counting the beans. They however are magicians and really make things happen. How do you find one of them asked Mike - Well really you need years of experience is all we can suggest but good luck."

Mike then spent the next few months with every day being a frantic blend of fielding phone calls from suppliers seeking payment and chasing the reluctant debtors (accounts receivable or monies owed to your business to the uninitiated) and all the while trying to see where cost savings could be made as well as all the day to day stuff like Insurance and accounts and looking after IT and HR issues...

One day Mike phoned up the local football club Dambfirmline Athletic who owed McGrumpies a sizeable amount of money but had been stalling on payment to be told "sorry our office computer went on fire last night". Mike believed he had now heard every excuse under the sun why payment wouldnt be made but true enough the next day the local rag had the story of how the local football club had had a fire. Mike knew by this time that the only way to ensure you got paid on time was to have meticulous credit control procedures that you stuck to. Mike also learned that if you said you would pay someone then you darn well paid them. Mike also learned very quickly the art or is it science of projecting forward on a rolling basis your cash flow for the next 16 weeks and oh how that could change in the blink of an eye.

However as if all that that werent bad enough one black day in September 1992 (16th day of September to be precise) the very very very wicked witch of the South (lets call her Margaret Thoughtcher) and her evil chancellor who we shall call Geoff but dont ask me Howe decided to raise interest rates from 10%, "what thats impossible I hear you say", to 15% ,"now you are simply crazy", in the blink of an eye.

Now if you recall Mike was in charge of the finances of a business that had a £1 million overdraft a £1 million turnover and wages of £900,000 and this meant that the interest cost to the business went from £100,000 to £150,000 overnight on top of all the other costs - Not to mention his own newly acquired personal house mortgage being well to put it bluntly "stitched". "Bring me a pandemic" Mike shouted out to the world "at least then we might get some help with this crisis" not really knowing or understanding what a pandemic actually was.

Two days later the wicked Government relented and reduced the interest rate to a mere 12% and the country breathed a massive sigh of relief. Well not really as the rate was still a whopping 12%. Just imagine Mike said mystically "if interest rates could be say 0.1%" and everyone else fell about laughing at the thought.

Mike then spent the next few months working tirelessly with the directors to seek a solution and on Christmas eve 1992 they managed to secure funding from a white knight in the shape of a large PLC from London who had pockets full of cash and they took over the business in a heart beat. Unfortunately for Mike however this white knight didnt need a local "Finance Director", which Mike now considered his 9 months experience had made him well on the road to becoming, and so he was made redundant but not before helping save the jobs of over 20 staff if not his own and learning how to truly run a business in a crisis situation.

The moral of the story is Cash is truly king. Manage the cash wisely. Have a good Finance Director and remember they are not mythical for example we at F D Executive Solutions or via E F Accountants can provide a part time magician at fabulous and entirely cost neutral value. Be wary of placing too much reliance on audits and published accounts as they are historic information telling you where you have been not where you need to go.

Watch out for the continuing story as Mike builds a career as a "magician" or should it be Finance Director.

(it should be noted that all names above have been amended to protect the innocent and besides its a fairytale is it not?

Please note that whenever you submit something which may be publicly shown on a website you should take care not to make any statements which could be considered defamatory to any person or organisation.
Back to Top