The members of the group have quite a flotila of 8M yachts which have been acquired over the past year from either members of the Southwater Dabblers or Frensham Ponds Model Yacht Clubs. It is understood that the other large collection of 8M's are at the Poole Model Boat Club, although this has not yet been verified. 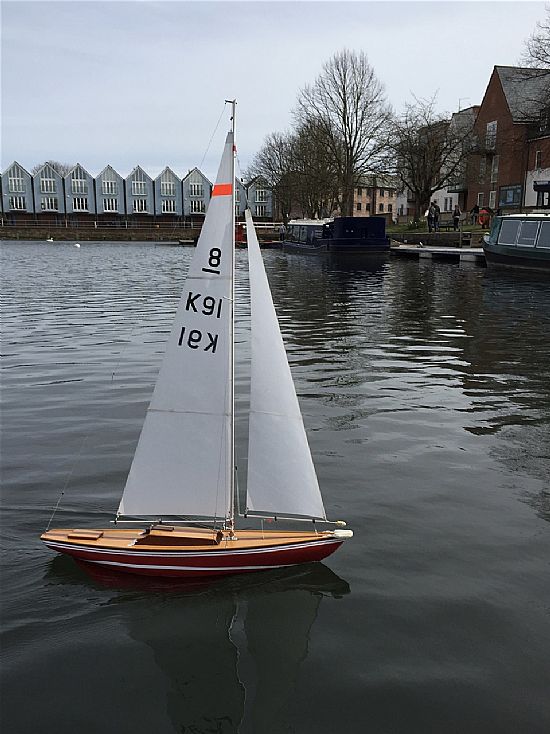 Thanks to Jeff for the photos below. 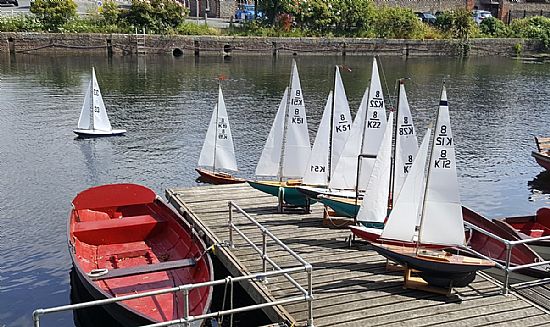 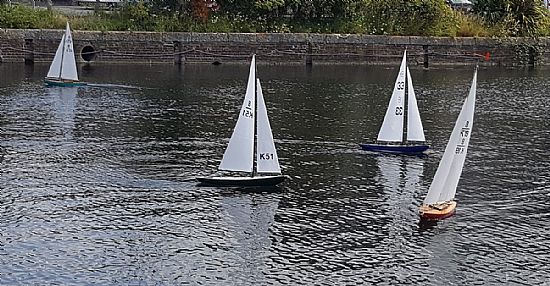 Full scale 8 Metre boats - meaning 8 metres at the waterline - go back to around 1907 and they proved extremely popular with around 140 being built around Europe during the first seven years alone. It was a time of very rapid boat development and equally rapid evolution of class rules. At one stage 'Metre Boats' were allowed one foot of beam for every metre of waterline length, a possibly unique combination of metric and imperial in an International Rule.

Current 8M boats derive from a model obtained 5-10 years ago by Robin Edgar and Alan Woodroffe of the Southwater Dabblers MBC who thought it was based on a J-Class. However, it was later found that what they had was a model of a Fife 8 Metre instead. In any event, the boat remained of great interest because the hull shape and relatively low draught makes it an excellent choice for shallow waters and especially for ponds with bad weed. They used the model to create some 50+ hulls.