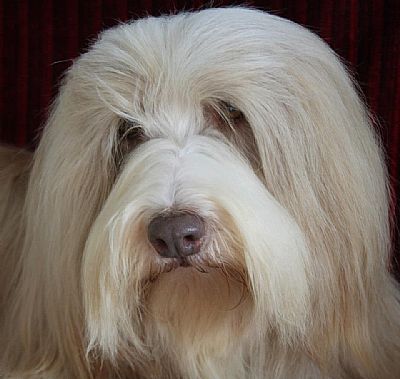 "Honey" was the only girl in Ruby's litter of nine by Ch Merrythorpe Mulberry JW (Murry), born on 6 December 2005.

She is a very pretty little girl, very feminine, and has enjoyed quite a successful show career since her debut in June 2006, gaining to date her Junior Warrant, one CC and two Res CCs. Her first litter, to Blaze, in 2009 produced Lola (Talraz Wild Honey), winner of CC and BOB at Driffield Ch 2012, Madge (Talraz Sweet Honey), with a JW and Res CC to her name, and Roxy (Talraz Honeysuckle) with one CC and a keen herding ability, amongst others

Her third (and final) litter to the super French multi-titled Byron (In Vogue Island Come To Look At Me) produced Talraz Look and Look Again (Logan) who inherited his father's showmanship and so far has two Reserve CC, as well as Talraz Look to the Future (Murray) who is adored and occasionally shown by Val in Scotland.

(P.S. To hear Honey's "theme tune" - the origin of her name - look on MySpace for  talented singer/songwriter Dean Dyson and visit the audio links) 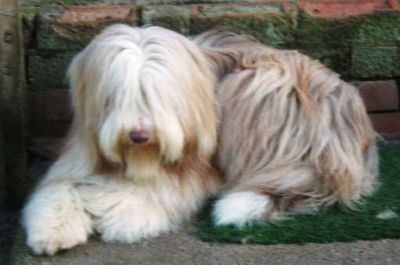 February 2008 and her coat settling to its adult colour