THE VERY FIRST Rosehall Community Day was held on Saturday 22ndMay at the Achness Show Field in Rosehall. The field, which sits in a picturesque location between the banks of the River Cassley and the Achness Hotel, was the perfect site for such an event and easily accommodated the various activities and attractions. 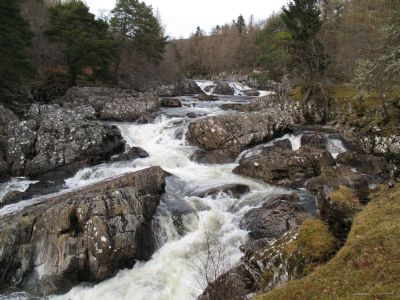 The stalls, activities and events circled two large bouncy inflatables – a bouncy castle and inflatable slide – which meant that while everybody could “do their own thing” everybody was still together.... and that was the aim of the day.... to bring the whole community (immediate and extended) together for a relaxed but fun community day and at the same time raise the profile of Rosehall’s local groups. 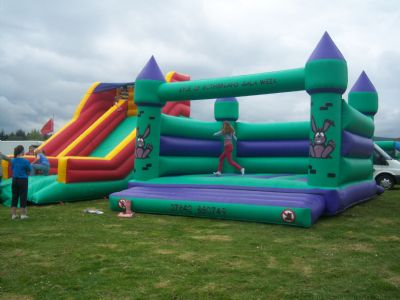 The younger visitors could bounce on the bouncy castle or climb the steps to enjoy the thrill of sliding down the huge slide while slightly older children were tested on the target paintball and laser clay pigeon shooting stalls.

There were stalls to suit every taste including Fair Trade Children’s Clothing, Jewellery, Handbags, Photo Sales, Crafts and Plants as well as the traditional tombola and tea tent. Rosehall First Responders had on display their response vehicle, emergency response kit and CPR manikins and were encouraging new members to join their team and for members of the public to register their interest in Heartstart courses. 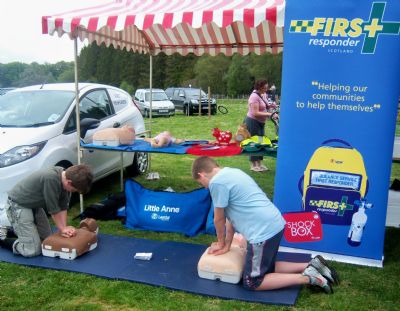 As lunchtime approached visitors had a choice of food from venison or salmon burgers, jacket potatoes and fresh bread to the delicious cakes and baking served in the tea tent. Families were able to picnic on the grass while they watched the events of the day continue around them. Others took advantage of the hospitality offered at the Achness Hotel. 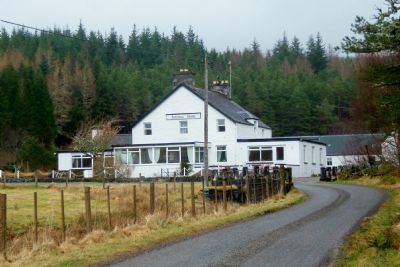 Throughout the day the fly fishing competition took place as did the laser clay pigeon shooting competition. After lunch it was the Assault Course Challenge. Teams of three competed in a relay race against the clock for a prize of £150 worth of Amazon vouchers. There were over a dozen teams entered, young teams and not so young teams. Each team member had to tackle the various obstacles on the assault course, touch the wall at the end and return through the course to shoot a basket in a hoop before the next member could start. 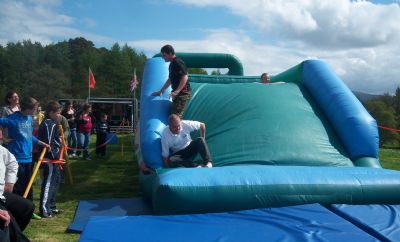 After the initial round the fastest teams were selected for the final. In third place was the team of Alpha Tango Buttercup (Duncan Downie, Hannah Stevens and Jack Trumble) and in second place were Euan Ross, Karl Mackay and Adam Mackay. 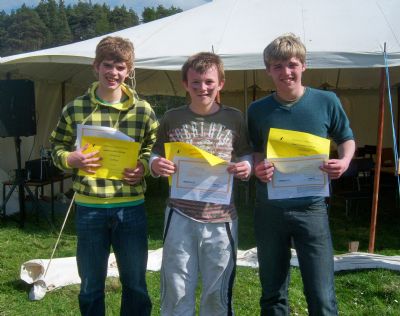 The winning team with a name of Dumb, Dumb and Dumber were Jordan Morrison, Liam Spence and Iain Moodie each receiving a £50 Amazon voucher.

Other activities included a mountain bike course run by the Forestry Commission and face painting. 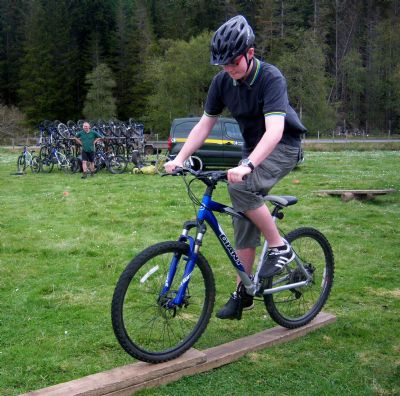 There were three hundred and eighty visitors to the Community Day, Councillor Jim McGillivray being one of the first to arrive. With stall holders and organisers the field easily accommodated around four hundred and fifty people with ample space for families to picnic and children to play. Councillor George Farlow welcomed everybody to the day and Councillor Robbie Rowantree declared the day officially open. 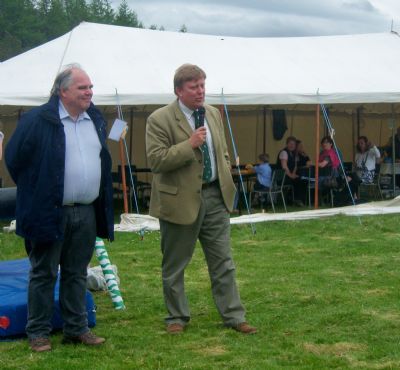 Organisers were delighted with the turn out and support for the day and the attitude and behaviour of everyone who attended created a superb atmosphere. The day was certainly blessed as far as the weather was concerned. After very early morning rain the day was dry and the afternoon was particularly warm and sunny. Reports throughout the day of rain in Bonar and heavy rain in Spinningdale and Ullapool had organisers a little worried but the only complaint of the day was sunburn!

Those who had the energy after such an entertaining and enjoyable day finished off by dancing at the Days End Dance to The Impact at the village hall until the early hours.

We would like to thank our sponsors, listed below, for their support and everybody who helped make this day possible.

Thank you to the folk who collected, put up and returned the marquees, gathered tables and chairs from throughout the community, cut the grass, helped set up and take down all the stalls and displays, lent items and equipment, donated baking and assisted on the day in whatever capacity was required ~ a fantastic effort and a terrific result ~ many, many thanks!

Lastly our thanks go to the 380 people who came to THE VERY FIRST ROSEHALL COMMUNITY DAY ~ there was a terrific atmosphere and it was good to see everyone having such a great day and enjoying each others company.

We encourage you to leave a message on our guest book page as feedback will help us when planning our next event!