Leadgate.com have recently introduced newspaper archive of Consett Guardian with 1890 cutting of the Exiles v Tow Law match in which Billy gets good mention. 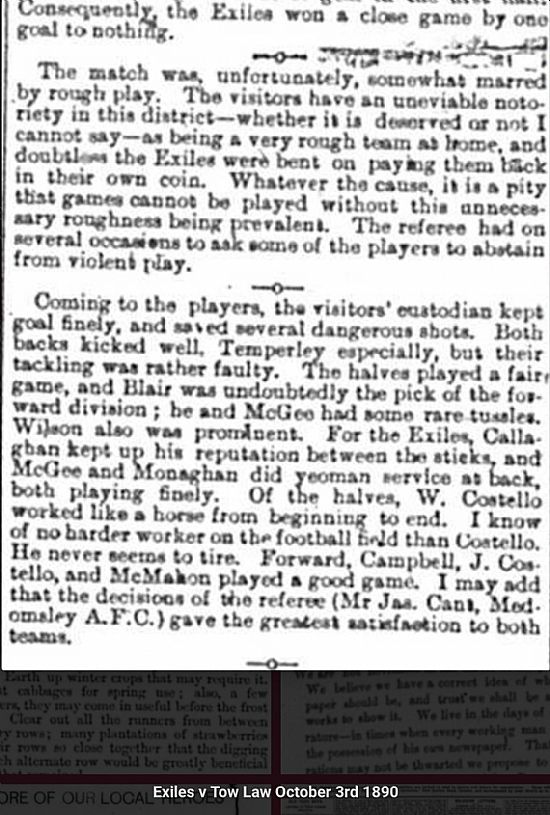 Press cuttings show Billy Costello named as one of their first captains. By 1895 he was helping manage them and is shown top left in this photo the year they played Newcastle United. This from a glass plate in Billy's collection shows Billy was beginning to experiment with photography. 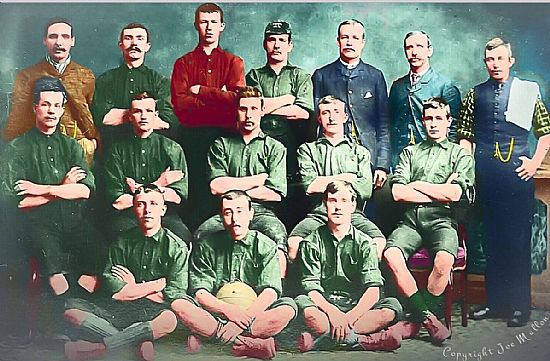 Billy Costello’s photos have been used in several books and journals. Currently his Durham City photograph is front cover of the Durham University History Society Journal. 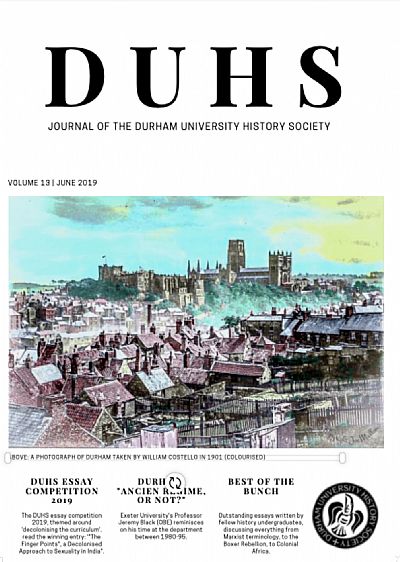 His famous “The cricketers” photograph of his son’s Jonny & Donny (a decade before they went off to serve with The Northumberland Fusiliers in WW1) is used in a piece of art by Karen Thompson. (http://www.artbykarenthompson.co.uk/) 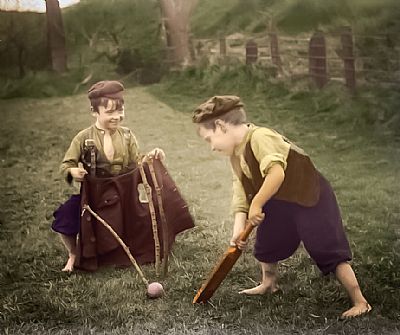 Following an enquiry about Clegg a commercial photographer with a studio in Leadgate it has emerged that he left for Yorkshire in 1901, close to the time when William Costello acquired his top of the range Victorian Field Camera. Research into Clegg’s cabinet cards below also turned up a W Costello of Leadgate cabinet card suggesting that Billy may have   acquired Clegg’s camera in 1901 and possibly have experimented with a similar template. As Clegg was the son of the general manager of Leadgate Co-Op it is likely the photographic studio was in the Co-Op premises just over the road from Billy’s house. This is possibly therefore where Billy learned or practiced his photography. 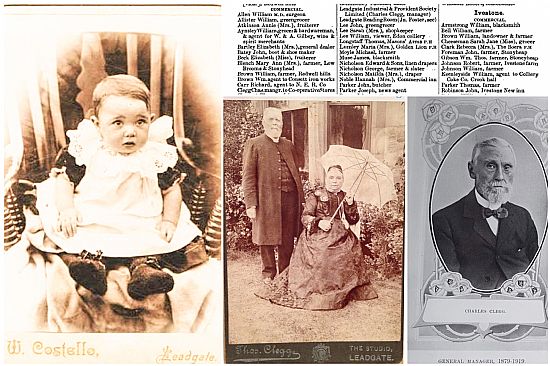