On Friday the 1st of March Inverness Music Festival kicked off at Eden Court. Clarsach competitions were adjudicated by the fantastic Susanne Llyody-Jones, well done to all participants. Competitions and winners are as follows:

On Saturday, Isabella won the Scottish Traditional Performance solo (Menzies Shield) with her Gaelic singing with clarsach accompaniment, which earned her a place in the premier competition.

Well done to Cheyenne for all her hard work! 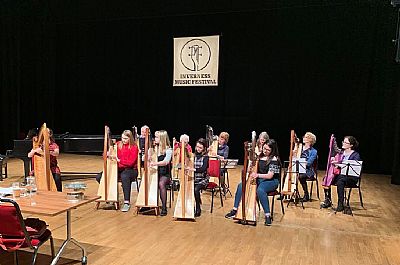