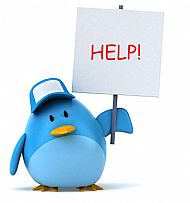 Yesterday, the Chief Executive of HMRC, Jim Harra, appeared before the Treasury Select Committee and announced that their online system for making claims under the Coronavirus Job Retention Scheme has been developed and will be launched on 20 April.

The system has been tested to handle up to 450,000 claims per hour and yesterday they began live testing with a small number of invited businesses. Employers can expect to receive their furlough grant within 4 to 6 days of submitting their claim and the first payments are due to come through by the end of April.

Mr Harra said he was confident that the portal would not crash but accepts that their call centre may struggle to cope with call volumes if many employers call for assistance on using the system. HMRC have put plans in place to ensure the process works as smoothly and quickly as possible, with 2,000 staff already dedicated to their helplines and another 3,500 redeployed to help process the huge number of anticipated claims.

He also outlined the measures which have been taken to counter potential fraud and abuse of the scheme. In particular:

The employee must have been on payroll by 28 February

The employer needs to have already been authenticated by HMRC

There will be a whistleblower’s hotline where fraud or abuse of the scheme can be reported (for example, if an employee has been asked to work when on furlough).