On 24 September 2013 presenter Carole Baxter and the Beechgrove Garden production team arrived at 9.00am to film The Old Orchard and its abundance of apples for a 'Through the Garden Gate' segment on the last programme of the 2013 series. The entire Tern Television team (Carole, Evelyn, Bob and George) were very patient with two amateurs and their tact was greatly appreciated! They didn't leave until 5.30pm — when the filming was completed and we had enjoyed some apple cake to celebrate Ken's birthday.

The programme was broadcast in October on BBC Scotland with a nation-wide repeat on BBC2. It was divided into two parts: a very brief history of the garden (Kristina) and focus on the varieties and uses of the many apples produced in the orchard (Ken). 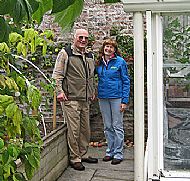 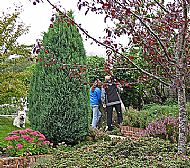 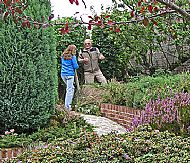 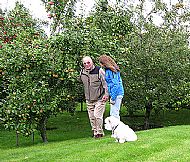 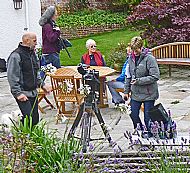 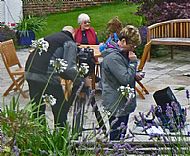