The latest reports are at the top of the page. 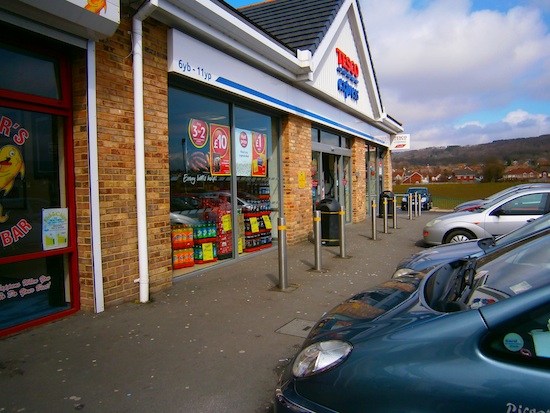 Will the Cannes film festival be next?

Perhaps this is the most determined effort ever made by a community to look after the needs of elderly residents when it comes to posting letters - that is, apart from a petition which is yet likely to come if the Post Office executive do not treat this as a special case because of the exceptional terrain.

Apart from this, it makes sense to have a post collection box in a busy area near, shops, school and a community centre.    Second thoughts are always best - let's hope the Royal Mail will do a big public relations exercise and provide a post collection service for the folks  who live on top of the hill - and no bus service. 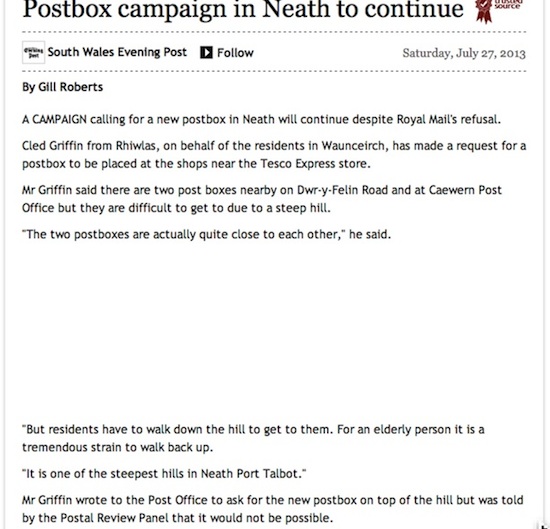 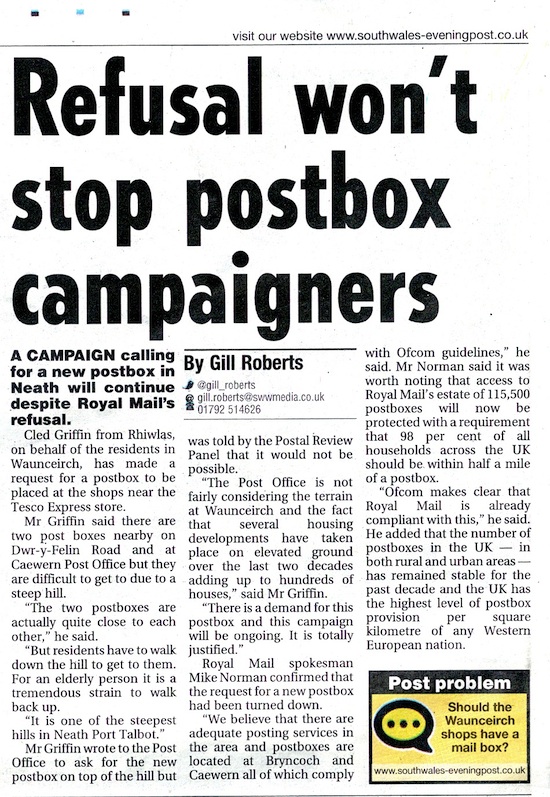 When is a hill called a slope?

The Postal Office Review Panel's report rejecting the need for a post collection box at the Waunceirch shops has also been rejected by the organisers of the Post Box Campaign Website on the basis that is does not accurately take the tarrain into consideration.

The top of Dwr-y-Felin road is called a 'slope' by the Post Office whereas it is one one the steepest sections of roads in the area.   It is a fact that elderly residents have difficulty walking this section after posting a letter.

No new post boxes have been added in the area for over fifty years, despite large developments on the elevated ground.

A full report can be seen in: www.postboxcampaign.tk

There was a time when the GPO was a trusted name in communications - now the Post Office appears to be losing the plot at the very time they should be diversifying and moving with the times.

At the very time when letter mail is deceasing due to E-mails they should look to the mobile phone sector and also to banking with the spilt up of Lloyds TSB and the RBS.   It would appear that opportunities are being lost.

The Post Office have already closed many sub-post offices and now they are looking to close the larger Crown Post Offices - the one at Windsor Road Neath included.

As far as letter mail is concerned, the Post Office admit they have not installed a new collection box in South Bryncoch for the past fifty years - and that is despite large housing developments at Fernlea Park, Rhiwlas and White's Folly with shops and a Tesco Express store included.   In short, they are not catering for the changes that are taking place.

Residents in Cadoxton now find their nearest post office is at Caewern while people in other areas are also at a disadvantage due to the cut backs that have been made.

It all boils down to management - as with a football team, it is the manager, the chief executive, the managing director that makes all the difference. 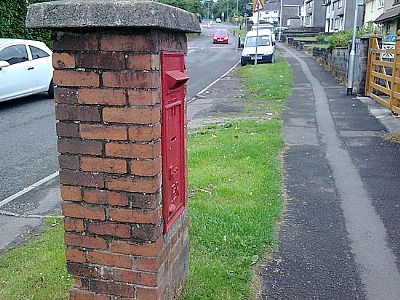 Shown right is a fifty year-old post box at the bottom of a hill at Caewern - the steepest part of the hill is in the distance and is not in view.   You have to be over 65 years of age and walk up the hill to appreciate the situation that residents have to experience after posting a letter.

If you are observant you will note that that grass around the post box has not been flattened by use.   This box is not visible from the road and many new residents are not aware of it. 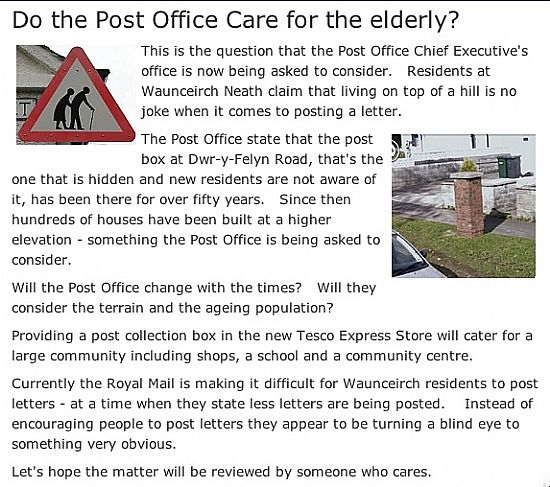 Checking back on the Internet archives, this is what the BBC website had to say about Post Office Collection Boxes:- 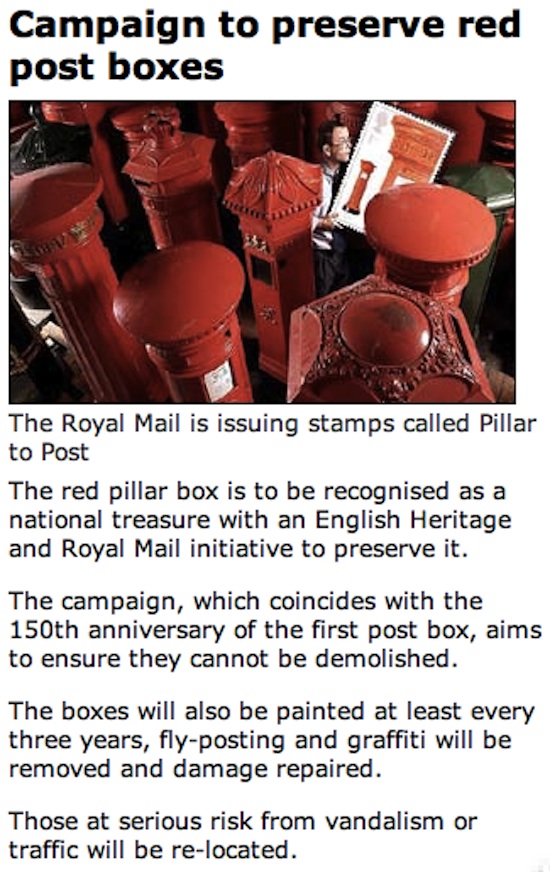 The last paragraph of the above report applies to the Royal Mail Post Boxes at Caewern - with the added fact that they cannot be recognised as post boxes except from a frontal view.  The question now is:  Will the Post Office listen and take notice of all the facts on this website?

From The Telegraph recently: 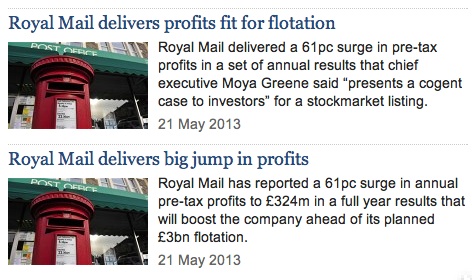 Comment.   Let's be serious, in the event of a flotation who would want to buy shares in the Post Office after reading the reports on this website?

Going by the press reports on this page, the Post Office can certainly afford to put their house in order and also to instal a much needed collection box at the Waunceirch Tesco store.