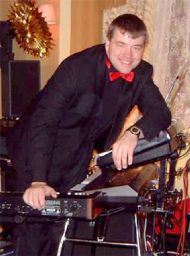 Those with an ear for quality sound will be interested to know that Ian Griffin has invested in a state of the art sound system.   In a generous part exchange arrangement, and with a sponsor, a deal was made to enable Ian to produce the sound he has been looking for. Here is the story behind one of the best sound systems that money can buy.
When Ian heard singer Emile Ford in Caister around 1987, he was so impressed with his sound system that it became a standard for comparison in his mind.
Ian now thinks his new sound system compares favourably with that of Emile's who became famous with his song: “What do you want to make those eyes at me for.”

Born Emile Sweetman in October 1937, he arrived in Britain from Nassau in the Bahamas, where he grew up. His main ambition was to become an engineer, and it was through engineering that he would gain a brief but very successful career in pop music. He had invented a novel sound system that he claimed gave his music a consistently high quality despite the fact that he wasn't really a singer and would insist on using his own equipment for performances rather than that usually offered by the theatres in which he played. Despite the fact that Emile claims that his success was largely because of his sound equipment, there is no doubt that he is also an extremely skilled and versatile musician.
Emile’s education at London’s Paddington Technical College made him aware of the quality of sound as he learnt to play a number of musical instruments, including piano. guitar, violin and drums.
The sound system that Emile developed was unique inasmuch that it was unified in quality and volume in all parts of the Caister concert hall – even standing directly in front of the speakers the sound was as comfortable as at back of the hall.
Ian believes his newly acquired sound system has similar characteristics. It is made and designed by Bose, who say that they put all their profits back into research.

The unusual design delivers a sound that many consider to be unequalled by any other speaker system. 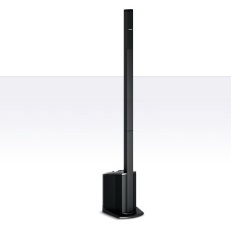 The speakers are shown below in a stage set-up at the Oldway Mansion, Torbay 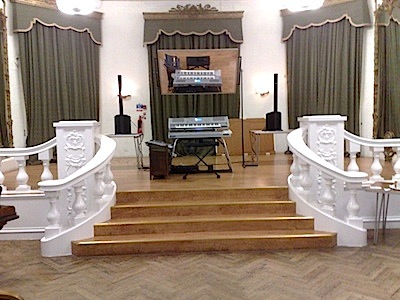