This photograph was taken at the Basildon Keyboard Club and shows my typical keyboard layout.

Not shown is my my pedal board.

In November 2009 I again appeared at Basildon, this time with the singer, Rhiannon, when the following photograph was taken: 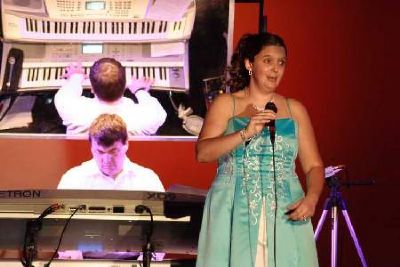 A full review of the show appears on the Basildon website (website.lineone.net/~thebkc/0911-Ian-Griffin.html ) and includes the following compliment: "We not only had a record turn out for a November evening, we had - without a shadow of a doubt - also enjoyed one of the best concerts of the year with two talented artists giving us an unforgettable evening."

My two youngest children love seeing me when I am  not  working on my engagements.   Ciaren and Chloe have yet to see me at one of my shows. 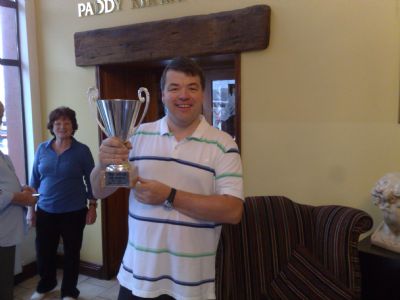 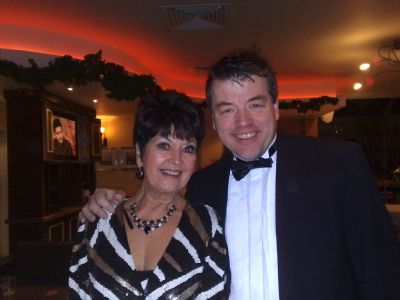 After this photograph was taken Angie Diggens went on ITV's 'Stars In Their Eyes' as Sarah Brightman and appeared in the show's finals. 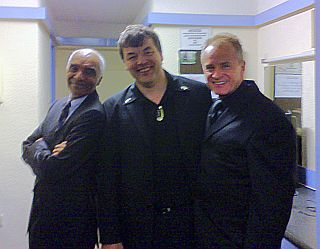 With Lenny Lynch (left) and Bobby Davro who is currently appearing in the BBC's East Enders.

Some great photographs can be seen on the website of  The Basildon Keyboard Club
website.lineone.net/~thebkc/0509Keyklix.htm

There is another picture gallery on my main website: www.iangriffin.org