The years seem to fly by with ever increasing speed (a symptom of old age, I fear!) and it seems hardly possible that the second litter born to Hanner and Glen are four years old today.

It is always fascinating to see how they develop and change as they mature in both looks and character and I am very grateful to the owners who keep me updated on their progress. 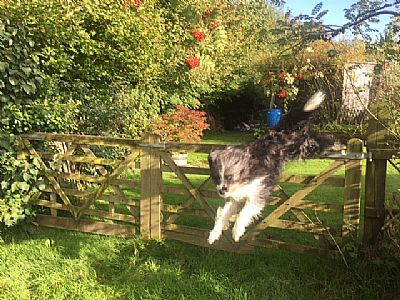 Above and below is Vicky Hassell's Rafe, who now looks so like Hanner that they might be twins rather than mother and son. In the seaside picture below, the only difference that I can see is that Rafe has a white patch on the right side of his muzzle, while Hanner has one on the left! I have posted a picture of Hanner at the foot of the page to show the similarity.

"He remains our lovely, irrepressible companion in everything that we do, from roaming the moors and cliffs to 'assisting' in wildlife surveys. And of course he is Finn's beloved pal too and instigator of many of their exploits! He continues to amaze us with his ability to switch from sensitive, affectionate companion, who has even managed to win over an ardent cat lover(!), to exceptionally agile, inventive and insatiably curious adventurer." 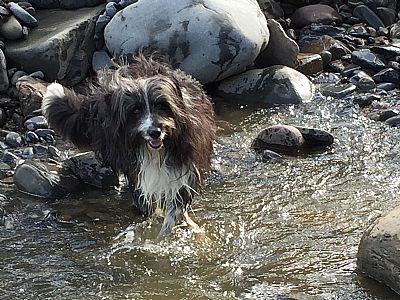 Sister Glenys, on the other hand, is the image of her father and was named after him as a tiny pup. The two new pictures of her (below) show that she is still his double..... 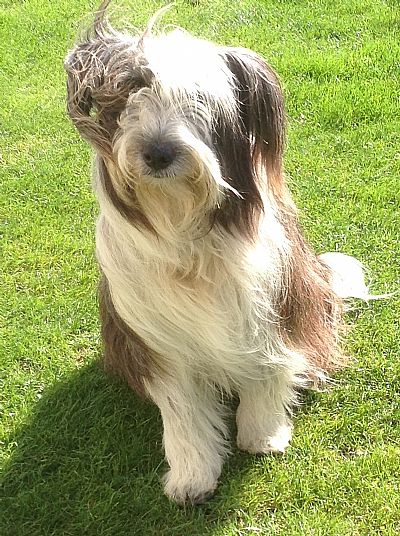 "Glenys continues to be an absolute joy, calm, sensible but with an abundance of fun." 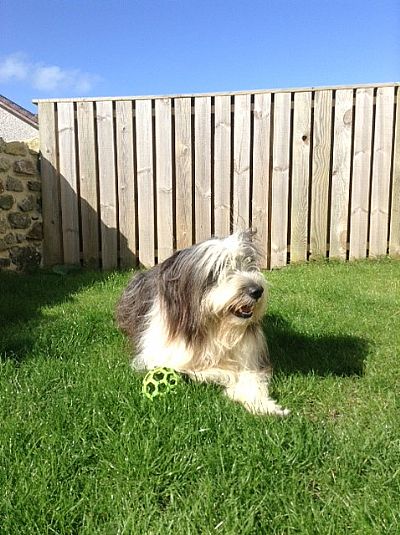 And sister Gwen, below, is another from the same mould..... 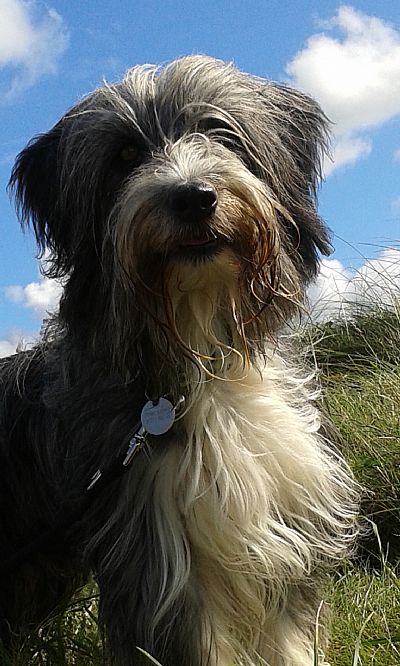 Her owner, Hannah (not to be confused with Hanner!) writes

"Gwen is a very talkative girl, from meaningful moans, to insistent yips reinforced by a well directed paw.  She has a fantastic sense of humour and really does laugh at us.  We get a running commentary about anything happening outside.  She comes racing up the garden to tell us someone has walked down the lane at the bottom, and to try and get Lily to run back down with her.  If we ignore her she really does mutter under her breath  especially if she has been asking for the ring to be thrown again, and it must be the pink one!"

Charlie Morley's Beryl (aka Merry) and brother Drift have been featured on our news pages in the past as they have honed their shepherding skills and they are both now proficient sheepdogs. 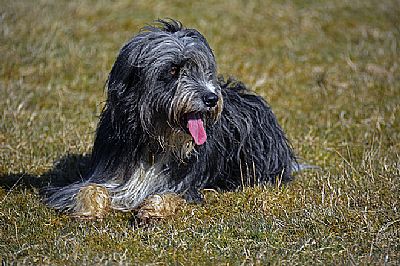 Again, it is the girl, Beryl, who takes after Glen in looks - although I also see something of Grandmama Breeze in her as well as she matures - while Drift is more like Hanner...... 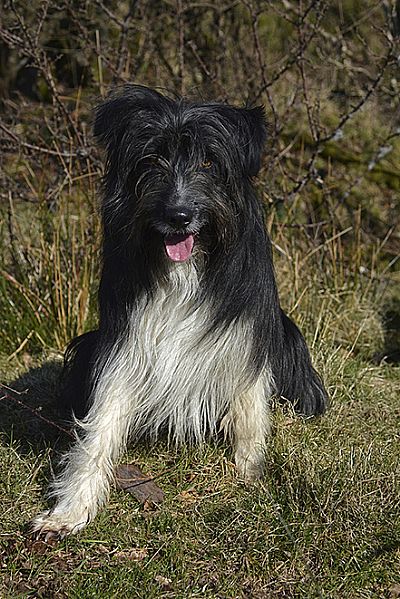 Happy Birthday to them all - and to their two litter brothers, the Beaumont family's Fergus and the Thomas family's Gruff.

.....and a new picture of Rafe and his older full-brother Finn, enjoying a wonderful birthday race on the beach..... 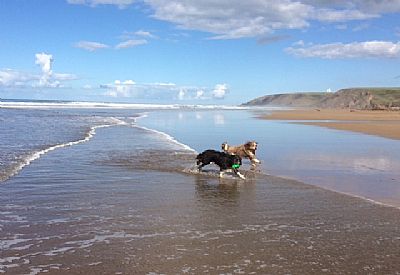