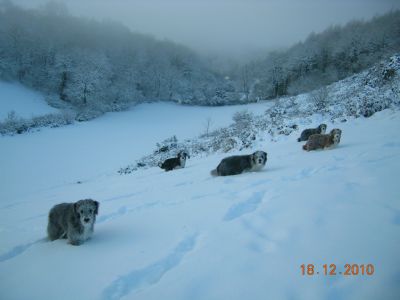 Below: Hanner leads Glen and his children in a snowy race. 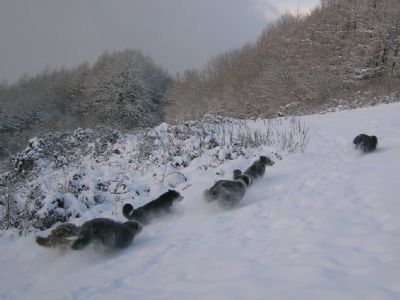