Exciting news from two Brambledale boys who both made their competitive debuts recently - and both took first place in their classes!

"I was a bit apprehensive but Shiloh was totally unphased by the noise/dogs/activities around him despite it being his first experience of a show." 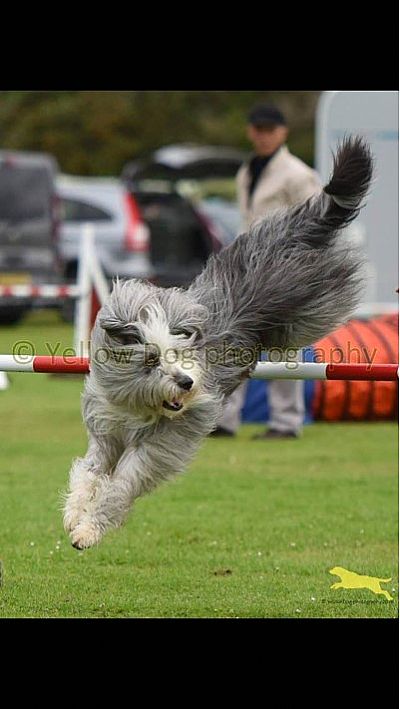 Above : Shiloh in action (photo courtesy of yellowdogphotography)

and below, relaxing at home with his rosettes 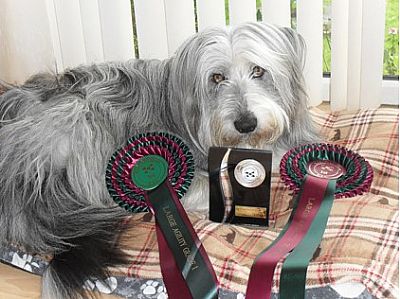 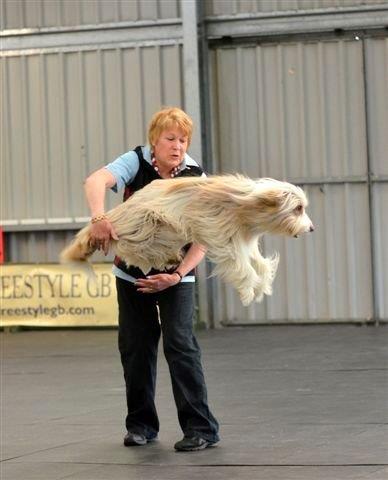 And above is Brambledale Brown Tedi with Lesley Neville, before going on to take first place in Novice Freestyle to Music .....his very first competition just after his second birthday! 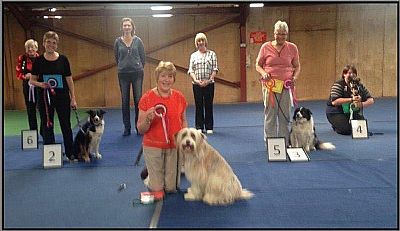 And - not to be outdone - Lesley's Brambledale Blue Dewy (below) took first place in the Advanced Freestyle Class at the same show. 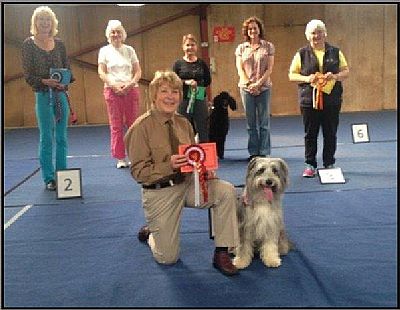 Congratulations to them all!